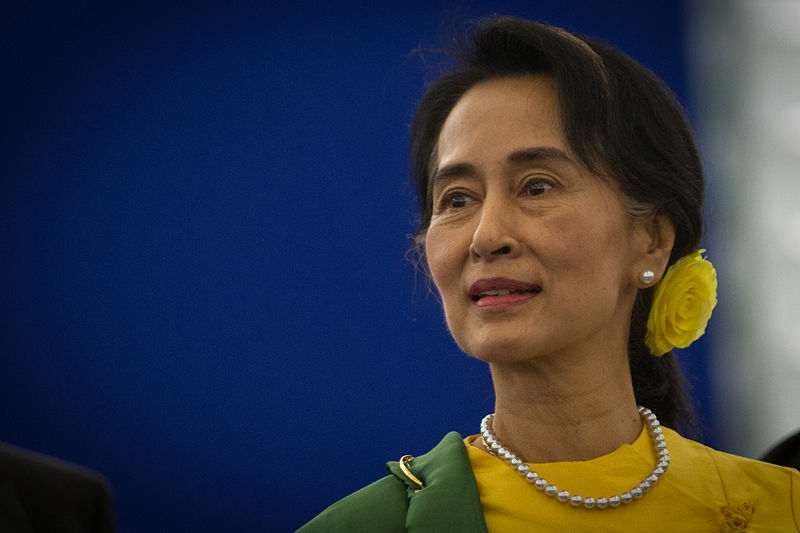 This week, the junta court in Myanmar reportedly sentenced ousted leader Aung San Suu Kyi to six years in prison for corruption. Suu Kyi was found guilty of four out of the six corruption charges against her.

A source familiar with the matter told Reuters that Suu Kyi was sentenced by the military court to six years in prison Monday. The court found Suu Kyi guilty of four out of six corruption charges pressed against her. The junta charged Suu Kyi with 18 offenses since ousting her in February last year, ranging from graft to election law violations.

Suu Kyi has denied any wrongdoing. The international community has condemned the junta’s charges against the Nobel Laureate, calling the trials “farcical” while imposing sanctions on the military.

The four charges involved misusing funds from her Daw Khin Kyi Foundation to build her home and leasing government-owned lands at a discounted rate, according to the source. Suu Kyi has previously been sentenced to 11 years in prison in her other cases.

“It’s a massive assault against her rights, and part of the campaign to bury her and the NLD forever,” said Human Rights Watch deputy Asia director Phil Roberts, referring to Suu Kyi’s party, the National League for Democracy.

While the military did not comment, it has claimed that the Nobel Laureate was being given due process by an independent judicial body and dismissed foreign criticism as “interference.”

Myanmar has been under political and civil unrest since the generals seized power in a coup in February last year, leading to widespread protests from the public. The military staged a crackdown on the protests, killing hundreds and detaining thousands.

Meanwhile, Suu Kyi’s former economic adviser, Australian economist Sean Turnell has pleaded not guilty to the charges of violating a state secrets law in a closed-door trial, according to media reports.

Australian broadcaster ABC cited that Turnell testified in court for the first time since his arrest at the time. Turnell is also expected to be tried alongside Suu Kyi, while members of the ousted leader’s economic team have already been indicted for the same offense.