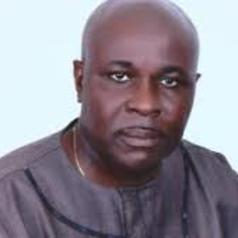 Nigeria has a long history of religious tensions against which the current spate of violence against Christians must be seen.

There are a number of factors that have heightened religious tensions in Nigeria.

The first is the competition for space between the two main religions of Islam and Christianity. Secondly, there is the perception that Nigerian leaders use the state to promote their religion or faith at the expense of others. Thirdly, there’s a culture of insensitivity to the feelings of minorities.

Both religions significantly affected the culture, education, politics and many other facets of people’s social lives. Since religion tends to be a central part of people’s identity, any perceived threat to one’s religious beliefs is seen as a threat to one’s whole being.

Given this history and context, it is no surprise that the latest incidents have been read as a campaign against Christians.

The International Christian Concern, in a report on 15 May 2022, described Nigeria as the world’s scariest country in which to be a Christian.

The report argued that:

Christian communities in the Middle Belt of Nigeria have effectively suffered a twenty-year long genocide.

Attacks appear to be escalating. In early June 40 worshippers were killed in a church attack in Owo, Ondo state, south-west Nigeria.

The BBC reported that by the middle of this year there had already been 23 attacks on church premises and people linked to them. This was compared with 31 attacks in 2021 and 18 in 2020.

Some US senators recently wrote to the US secretary of state, Antony Blinken, faulting the decision of the American government to remove Nigeria’s designation as a Country of Particular Concern. This designation refers to countries whose governments have “engaged in or tolerated ‘particularly severe violations of religious freedom’.”

The American senators saw the Owo attack as another evidence of the persecution of Christians in Nigeria. They said more than 4,650 Nigerian Christians had been killed for their faith in 2021.

Non-Christian groups have their own stories of mistreatment.

Practitioners of traditional African religion equally complain of being persecuted. In particular they complain that institutional practices show preference to Christianity and Islam.

There are also cases of interdenominational discrimination within the Christian and Islamic faith adherents.

For instance, members of the Islamic Movement in Nigeria routinely complain of persecution and police brutality from members of the dominant Sunni Muslims.

Why persecution claims are complicated

Several factors explain why the alleged persecution of Christians seems to dominate headlines more than complaints from other religious groups.

The first is competition between Christianity and Islam. Both religions are constantly competing for space and control. Each suspects the other of wanting to encroach on its space and poach its members.

In recent years, Muslims have proudly announced that Islam is the fastest rising religion in the world. This has stoked fears in the Christian community.

Similarly, many Muslims fear that globalisation and western culture undermine Islam and therefore view them with suspicion, if not antagonism.

The second factor is open violence. Tension between Muslims and Christians has sometimes blown up into deadly violence. One example is the Maitatsine riots in Kano in 1980 in which at least 4,179 people lost their lives. There was also the killing of more than 1,000 people in Zamfara State in January 2000 following news of the introduction of sharia in the state.

Third is the fact that the Nigerian state seems to recognise only Islam and Christianity. This is despite a constitutional provision guaranteeing freedom of religion.

Fourth is the issue of cultural insensitivity towards minority groups.

Across the country, there is a pervasive culture of insensitivity to minority groups’ concerns in virtually all spheres of life, including politics and religion. This gives the impression of the glorification of majority tyranny.

Additionally, President Muhammadu Buhari’s government has been accused of favouring Muslims in critical political appointments even though the populations of Muslims and Christians are about evenly balanced.

This has heightened the sense of exclusion and suspicion among Christians.

There’s a danger that tensions could escalate in the run-up to next year’s elections in the country.

Bola Ahmed Tinubu, a Muslim from the southwestern part of the country and the presidential candidate of the ruling All Progressives Congress, has chosen Kashim Shettima, a fellow Muslim from Borno State in the northeast, as his running mate in the 2023 election.

This is a choice that could make religion an election issue and lend weight to the allegation that the All Progressives Congress harbours an Islamisation agenda for the country.

Boko Haram and the Islamic State West Africa Province attack both Christians and Muslims as well as government assets. But when Christians are victims, it tends to remind them of the groups’ avowed goal of establishing an Islamic caliphate.

The attacks appear to be aimed at legitimising the religious basis of the groups’ terrorism among their members.

It is sometimes difficult to isolate a religious motive behind the attacks. But it’s clear that attacking churches and the killing or kidnapping of top clergy guarantee the terrorists the news headlines they desire.