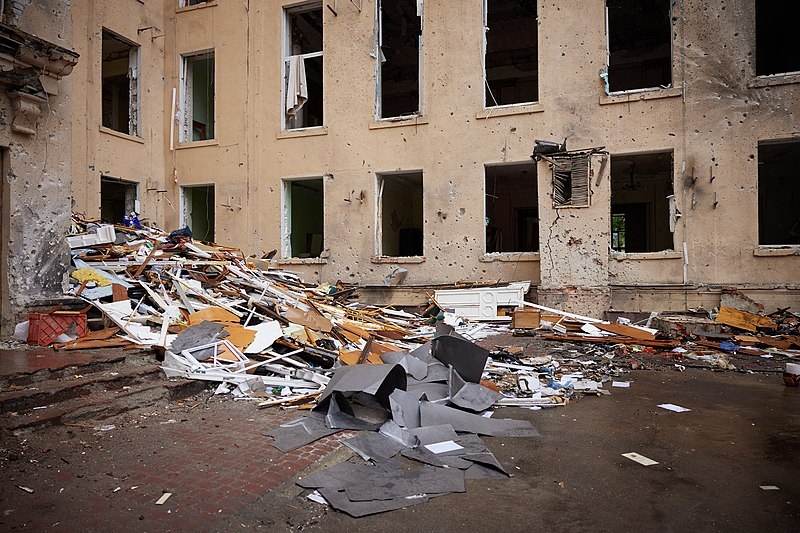 Russian forces went on a major offensive in another territory of Ukraine as it looks to seize the eastern and southern regions. Moscow has engaged in what is seen as the most brutal offensive in the area of Kharkiv, bombarding towns and residential areas near the territory.

According to Reuters, Russian forces have been relentlessly bombarding Kharkiv for the past few days, the worst in weeks for an area that was slowly returning to normal life since Ukrainian troops pushed Russians out of the area last month.

Ukraine has described the constant strikes by Russian forces as a tactic to force Ukrainian troops to pull resources from the main battlefields in the Donbas region to protect civilians. At least 20 people were killed by the bombardment.

“There is no letup in the shelling of civilians by the Russian occupiers,” said Synehubov in the Telegram messaging platform. “This is evidence that we cannot expect the same scenario as in Chernihiv or Kyiv, with Russian forces withdrawing under pressure.”

Ukrainian presidential adviser Oleksiy Arestovych said in a recorded address that Russian forces were bombarding Kharkiv in an attempt to wreak havoc on the population and force Ukraine to divert its troops.

The bombardment comes amidst the news that the leaders of the European Union have granted Ukraine candidacy status. Ukrainian President Volodymyr Zelenskyy praised the decision and said he spoke with 11 of the EU leaders and will make more calls on Thursday.

Diplomats say it would take a decade or more for Ukraine to meet the criteria needed to join the European Union. However, EU leaders say the group must make a gesture that recognizes the sacrifice Ukraine has made.

The ongoing war in Ukraine has also raised concern among officials in Finland, and according to the Commander of the Finnish Armed Forces, General Timo Kivinen, the country is ready to fight back should Russia decide to attack them as well.

Kivinen said the country has already built up a strong arsenal, but the important factor in the country’s readiness is that the people are ready to fight.