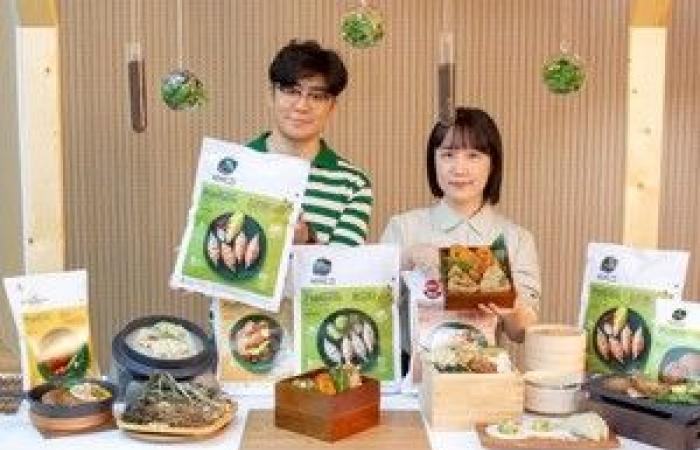 CJ Cheiljedang is targetting sales of 200 billion won in plant-based foods by 2025, setting it as the company’s new growth engine. The South Korean food conglomerate's main target is overseas markets where it aims to generate 70 percent of its sales.

Jung Hyun-hak, the head of CJ’s plant-based food business, noted that the three trends of health and wellness, sustainability, and animal welfare merge that is making plant-based food a global megatrend.

He added that they expect the global plant-based food market to grow up to 35 trillion won in the next 10 years.

According to CJ, the 2.64 trillion won the global market for plant-based food is expanding by double digits annually. This year's domestic market is estimated to be worth 14.1 billion won, an increase of 104.3 percent from 2018.

CJ debuted vegan dumplings and kimchi under its independent plant-based cuisine brand PlanTable last December to tap into the expanding vegan market both inside and outside of South Korea.

Textured Vegetable Protein (TVP), a plant-based protein substitute created by the company utilizing soy and peas, was introduced this month by CJ along with meatless "tteokgalbi," grilled short rib patties, and other protein products.

Since its inception six months ago, PlanTable products have been offered in 20 different nations, including the US, Japan, and Australia.

The food manufacturer has added a different production line to its No. 2 factory in Incheon, roughly 30 kilometers west of Seoul, as well as increased its production capacity. According to CJ, the new line can produce 1,000 tons annually.

For its expanding international companies, it said it is taking into consideration a plan to construct a second vegan production facility.

Due to the significant vegan population and the developed markets for plant-based substitutes, the US and European markets are its primary targets, according to Jung.