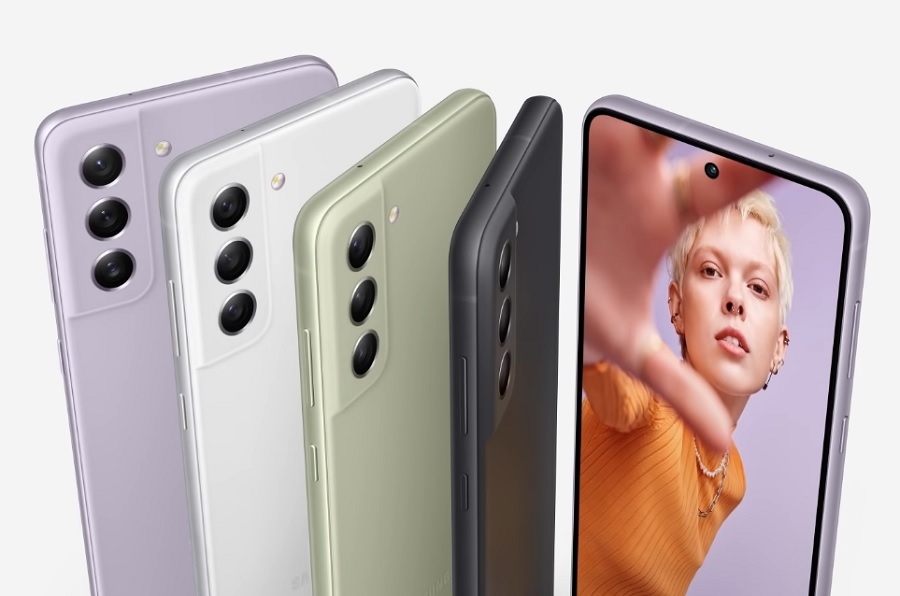 After months of conflicting reports about Galaxy S21 FE being delayed or canceled, Samsung has finally announced its new mid-range phone designed based on its latest flagship smartphone series. The announcement also confirms most of the technical specifications that have been leaked before, including its retail launch next week.

The announcement of Galaxy S21 FE also confirms that the device will ship running on Android 12 and One UI 4.0. The official infographic released by Samsung indicates it is powered by a 5nm 64-bit octa-core processor. In a footnote, the company says the processing chip will vary by market and carrier. The Verge reports units shipping to the United States will be powered by Snapdragon 888, while other regions are getting a version that is powered by an Exynos chip.

Galaxy S21 FE sports a 6.4-inch FHD+ Dynamic 2X AMOLED display with a 120Hz refresh rate. Its 32MP selfie camera is still placed in a hole-punch cutout. As earlier leaks showed, its rear cameras are placed on a camera bump made to look like the contour cut design of the Galaxy S21 series. It has a 12MP ultra-wide camera with f/2.2 aperture, 12MP wide-angle sensor with optical image stabilization, and an 8MP telephoto lens with 30x “space zoom.”

Not much has changed in the battery department. Like its predecessor, the Galaxy S21 FE will still ship with a 4500mAh battery. It supports 25W wired and 15W wireless fast charging rates, while the device also has Samsung’s Wireless PowerShare function.

Samsung has started accepting pre-orders for the Galaxy S21 FE in select regions. But the mid-range phone will be widely available on Tuesday, Jan. 11, with a starting price of $699.