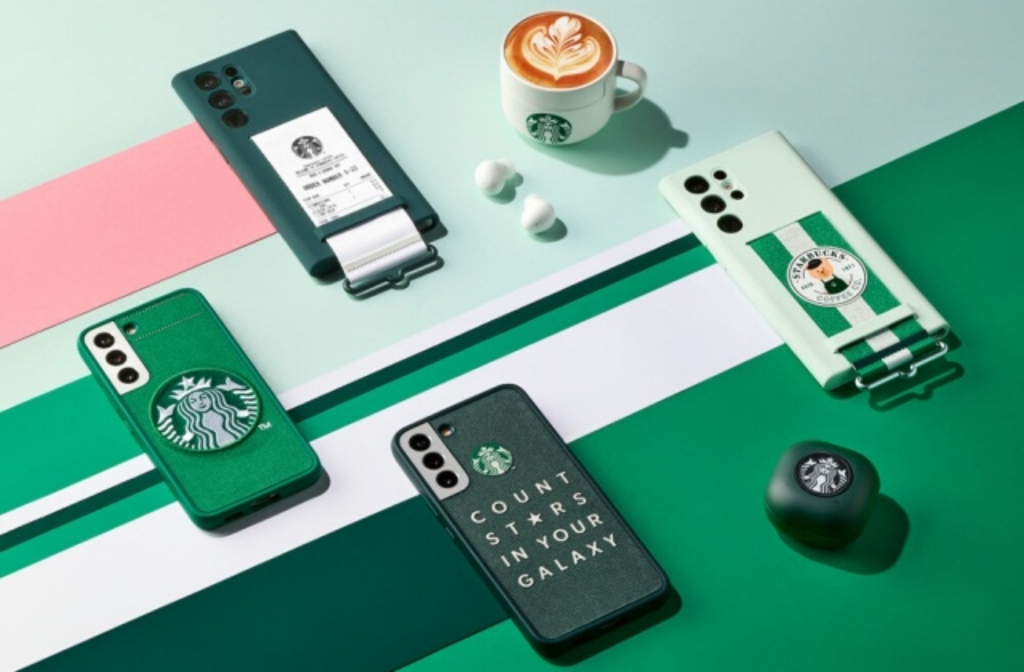 Starbucks coffee has teamed up with Samsung Electronics to release limited-edition smartphone cases and True Wireless Stereo (TWS) earbuds. These were specially designed for the latter’s Galaxy products.

The case collection will fit the Samsung Galaxy S22 Ultra with two designs and one each for the Galaxy S22 and Galaxy S22 Plus. In addition, there are two cases designed for the mentioned wireless earbuds.

The cases for the Galaxy S22 Ultra were made based on Samsung Electronic’s official silicone cover with strap. It is available in two colors and designs. One is a light green case that features the Starbucks badge on a striped strap, while the other is shade is dark green with Starbucks’ receipt design at the back on a white strap.

For the Galaxy S22 Plus cases, one is in dark green color with the imprinted Starbucks logo. The tagline “Count the stars in your Galaxy” is also written below the logo. The case for Galaxy S22 is simpler and comes in a lighter shade of green, and only features the Starbucks logo for its design.

The Galaxy Buds offer two design options, and the dark green one looks very similar to the regular protective case for earbuds. It is simple and shows the Starbucks logo on the lid.

The white version is a bit different as it was designed to look like a Starbucks coffee cup, complete with the latte art on the lid. These two cases are for the three Samsung Galaxy Buds models mentioned earlier.

The best thing about these Starbucks x Samsung cases collection is that they are made with environmentally-friendly materials. They were released and went on sale on Tuesday, June 28, but fans and customers must hurry because they were only produced in limited quantity.

At this time, this is only available in South Korea, and fans can buy them through the Starbucks app and Naver store. The Verge reported that the prices of these Starbucks x Samsung collections are not clear.