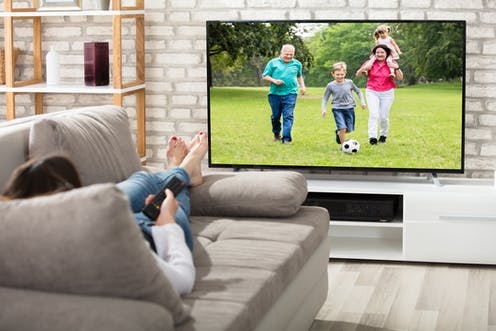 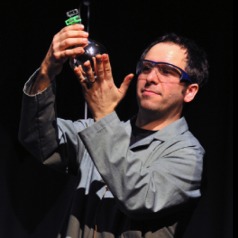 In a laboratory at the University of Hull 50 years ago, a new chemical compound was created that would impact the world as much as any drug, fuel or material. The man responsible for this society-changing invention was George Gray – his new liquid crystal molecules (now known as 5CB) made liquid crystal displays (LCDs) viable and kickstarted the multibillion-dollar flat-screen industry. 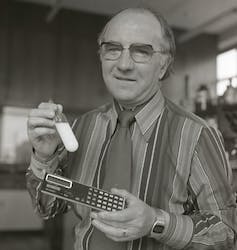 The story begins back in 1967 when John Stonehouse, a Labour MP and minster for technology under Prime Minister Harold Wilson, established a group to develop a technology that had only just made its debut on Star Trek – a full colour flat-screen display.

Unfortunately for Stonehouse, his amazing foresight has since been overshadowed by his attempt (in 1974) to fake his own death to avoid punishment for multiple counts of fraud and forgery.

But before we get back to the colourful characters involved, let’s take a look at the science of LCDs.

Liquid crystals are a state of matter that sits between liquids and solids. They flow like a liquid, while the molecules within them maintain some order relative to each other, like in a crystal. The long and thin molecules pack against one another in an ordered rectangular arrangement of rows.

Crucially, these liquid crystal structures can interact with light in interesting ways, and this is key to how they work within flat-screen displays. Each pixel within an LCD is comprised of a light source, usually a light-emitting diode (LED), and a thin layer of liquid crystals sandwiched between two filters that scientists describe as polarising.

The light emanating from a bulb, LED or the Sun is known as unpolarised, in the sense that it consists of waves travelling outwards in a variety of orientations. By analogy, imagine a group of schoolchildren all waving skipping ropes. Some will wave their ropes up and down and some side to side, and some at angles in between.

Polarising filters bring order to emanating light waves by only allowing waves with a particular orientation to pass. As well as in LCDs, you find them in some sunglasses, for example. If we return to our rope analogy, imagine the ropes are fed through a slatted gate. The parallel slats of the gate only allow the waves travelling up and down to propagate, while the waves from all the children shaking their ropes in other directions are restricted – that’s what polarisation does with light. 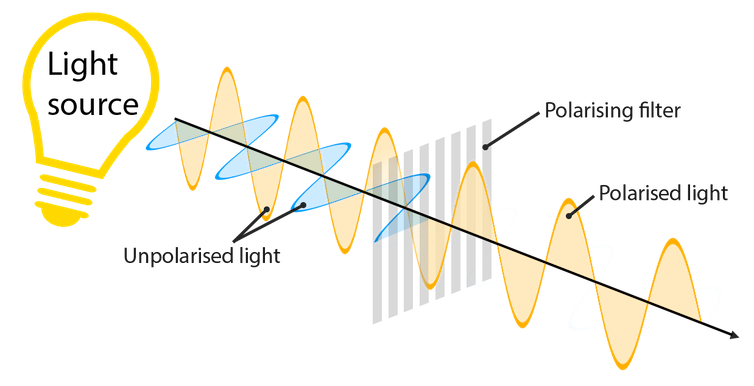 Now imagine you have two polarising filters. You place one on top of the other and hold them up to the light. As expected, they cut out some of the light getting to your eye. Now, while keeping one in front of the other, you twist a filter by 90 degrees. It turns out that something odd happens – they now cut out all the light and together the filters appear opaque. In this orientation the first filter is cutting out the “side-to-side” polarised light, whilst the second filter cuts out “up and down” light.

At the heart of LCDs are two polarising filters in this orientation.

Polarising filters when turned 90 degrees to one another are opaque.

And now the liquid crystal

The thin layer of liquid crystals between these polarising filters does something rather clever. The molecules stack in the shape of a helix that twists the polarisation of the light, letting it slip through the second filter.

There’s one more thing needed to turn this sandwich of polarising filters and liquid crystals into a pixel within a display. You need some means to switch the liquid crystal’s light-twisting properties on and off. That way you can control whether a pixel is bright or dark.

And, this is where we return to Stonehouse – because back in 1967 he got the ball rolling to crack that problem. In his role at the Ministry of Technology, Stonehouse soon learnt that the UK was paying the Americans more for the rights to use their colour cathode ray tube technology (in those big bulky televisions and monitors) in displays used by the military than it was spending on developing the supersonic airliner, Concorde.

This convinced him that the UK needed to develop a colour flat-screen panel. A government working group, led by the physicist Professor Cyril Hilsum, met with experts in their respective fields to decide which technologies should receive funding. When it came to the meeting on liquid crystals, the expert was asked why the light was reflecting off his sample bottle of liquid crystals and casting such a curious pattern on the wall. He couldn’t answer – but a young George Gray, a chemistry lecturer from the University of Hull, could. And that moment of brilliance won him the contract.

Within a year, Gray’s research team had developed a liquid crystal that was stable, easy to manufacture and, most importantly, included a positive charge at one end. The charge meant that an electric field could be applied to a pixel, pulling on the charged molecule to break up the structure of the liquid crystals and turn the pixel dark. Removing the power allowed the stack to reform and the pixel to flip back to white.

The molecule is known as 4-Cyano-4’-pentylbiphenyl, or 5CB for short. And by 1974 the first devices containing this compound were on sale, such as calculators and digital watches. Even to this day, if you own a watch with a grey and black display you’ve got some 5CB on your wrist. 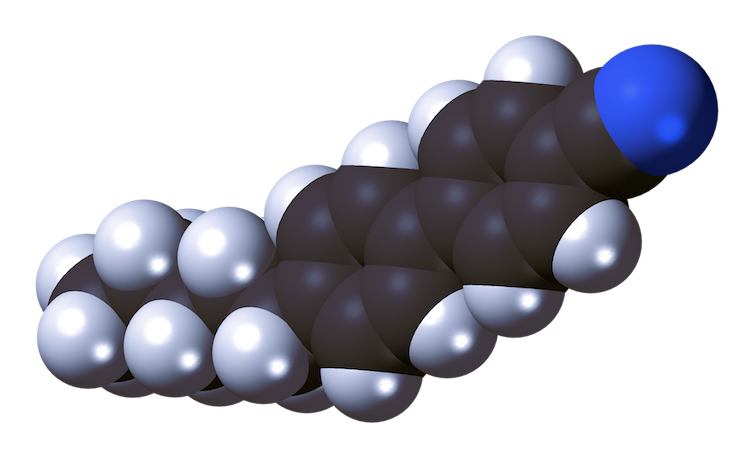 Colour screens came a bit later. They work on exactly the same principle, except each pixel is made from three tiny sub-pixels, with red, green and blue filters added to the layers, each of which can be controlled individually to generate the millions of hues we expect in our modern high-resolution screens.

The first colour flat-screen TVs hit the market in 1988 when the Sharp Corporation launched its 14-inch LCD TV. Unfortunately Stonehouse missed seeing his vision come to fruition as he had died earlier that year.