Famine in the Bible is more than a curse: It is a signal of change and a chance for a new beginning

To demonstrate their commitment, teleworkers are making themselves more available than ever 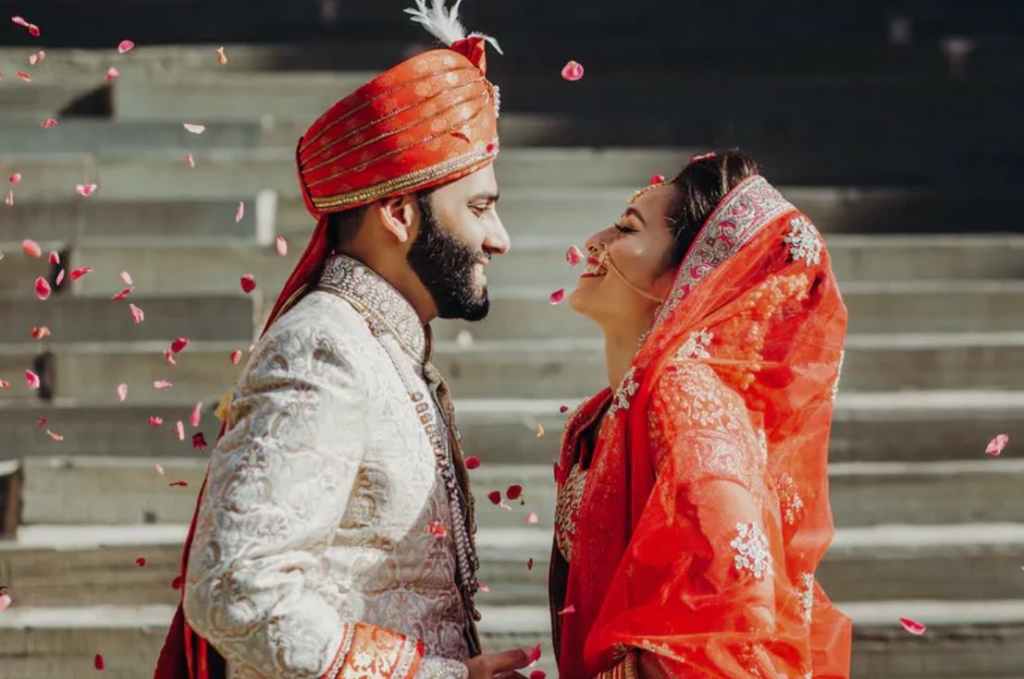 Arranged marriages occupy an awkward place in contemporary Britain. For some, they’re equivalent to forced marriage. Others see them as a quaint custom in need of adjustment to the modern ideal of western-style “love marriages”. However, my decade-long research with British Indians paints a rather different picture of this practice.

Far from being a homogeneous tradition, modern arranged marriages involve a variety of matchmaking practices where each family tailors its own version to suit modern identities and ambitions.

Among the first generation, transnational arranged marriages were the norm. People would go back to India to find partners, with the added expectation that their children would follow a very traditional style of arranged marriage. But there was a marked shift in the attitude of the British-born second generation.

For this group, attitudes towards arranged marriages began to noticeably shift in the 1960s and 1970s. They felt that unlike their parents, traditional transnational marriages would not work for them and their children who identified more with Britain than with India.

The range of arranged marriages that now exist can be thought of as a spectrum, with forced marriages that involve marrying someone against their will at one extreme and the most westernised style of courtship and marriage (including inter-religious marriages or instances where parents may only be involved in arranging the wedding) at the other.

My research has highlighted two styles of arranged marriage that lie between these extremes. Both appear to be the most popular ways through which young British Indians have embraced arranged marriages.

The first of these is called “semi-arranged marriage”, where parents who wish to help their child find a potential partner will introduce them to several candidates from within the British Indian population that they think could make a suitable match. Introductions can involve sifting through specially commissioned bride or groom CVs, studio photographs, events similar to speed-dating organised by local temples and, increasingly, matrimonial websites (even social media sites like Facebook and Instagram).

After introductions are made, the relationship follows an established pattern of the couple going on dates (sometimes chaperoned) to get to know each other better. They’re also gently encouraged to fall in love in the run-up to the wedding. Families don’t frown upon these types of courtships because matches are approved by the parents of the couple themselves. All those I interviewed who went through this version of arranged marriage confessed to being in love with their chosen partner by the wedding.

The other style is what my research participants called “love-cum-arranged marriages”, where the person who wants to get married finds someone they like themselves. In these marriages, couples go on dates and get to know each other before asking their families to approach the parents of their love interest in order to arrange a formal introduction. This is followed by parent-approved courtship and then marriage.

Falling in love independently of parental involvement was important in love-cum-arranged marriage. But what was more pressing was actively socially engineering the process so that one fell in love with the right person, matching parents’ criteria of a desirable partner and standards that were tacitly underlined while growing up.

The importance of caste (the hierarchical Indian system of social division primarily based on hereditary status and resistance to inter-marriages) is becoming rarer in these instances. And some negotiations in class boundaries were permitted among research participants.

However, sharing the same religion and ethnicity were seen as non-negotiable, which meant that the arranged aspect of this style of marriage still carried weight. Love-cum-arranged marriages were regarded not as a compromise but as the ideal to meet the desires of both the parents and the child.

Indeed, the popularity of these two styles underscores the requirement of “learning to love” among British Indians – where previously in traditional-style arranged marriages, the focus was on learning to love the partner you had chosen after a brief introduction or with little choice (especially for women).

For British-born generations today, love as learning involves first discovering the boundaries of family expectations and preferences in relation to future partners. Secondly, (and more significantly), it requires putting that learning into practice through self-censure and falling in love with someone who parents would be likely to approve of. This hybrid form of marriage allows British Indians to adapt different elements to reflect both the British and Indian aspects of their identities.

We need to move beyond the idea that love and arrangement have to be mutually exclusive, embodying the differences between traditional Eastern and the modern Western cultures respectively. In fact, love and arrangement can exist in tandem, as shown by the marriage styles that are popular among British Indians today.