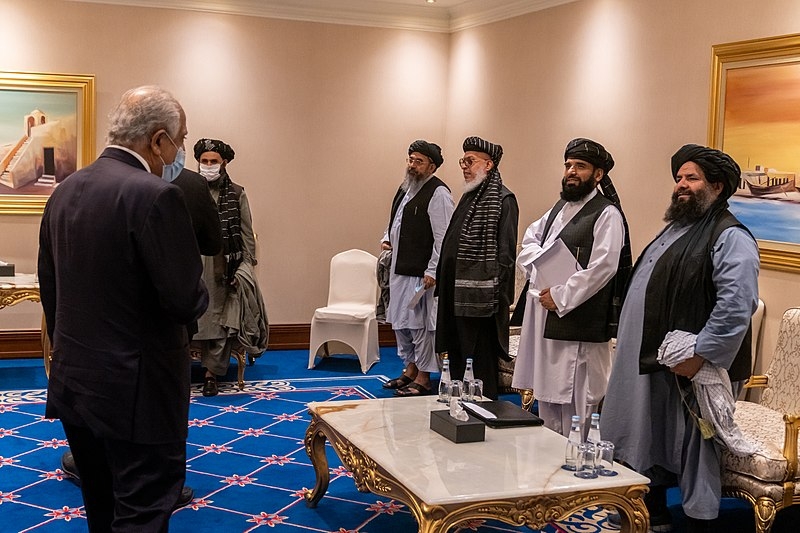 One of the concerns the international community has with the new Taliban-backed Afghan government is its treatment of women and girls. It appears that the insurgent group has no signs of changing in that aspect as it recently ordered local tv channels to stop airing shows featuring female artists.

Over the weekend, the Taliban’s Ministry for the Promotion of Virtue and Prevention of Vice ordered Afghanistan’s television channels to stop airing soap operas or shows that featured women and said that female journalists must wear hijabs in accordance with the group’s interpretation of Sharia Islamic law. This is part of the group’s new set of guidelines in another sign that the Taliban is further restricting women’s rights.

The guidelines also said that films and dramas shown in Afghanistan should not show female artists. The new policy also prevents Afghan television stations from showing men deemed to be indecently exposed or not covered from chest to knees. The ministry explained that the guidelines were to prevent the propagation of “immorality” and airing videos that do not align with Sharia and Afghan principles, asking representatives of tv networks in Kabul to adhere to the guidelines during broadcast hours.

The policy will also prohibit airing satirical shows that “insult” or undermine the dignity of individuals.

Since taking over Afghanistan again in August, the Taliban have pledged to govern in a more moderate manner, unlike the hardline conservative approach they took during their regime from 1996 to 2001. The insurgent group pledged to protect women’s rights but in accordance with Sharia Islamic law. Afghan girls are still banned in most provinces from returning to secondary school.

In the past few months that the insurgent group has been in power, Afghanistan is now on the verge of an economic and humanitarian crisis due to international banks freezing the country’s financial reserves and food shortages. The United Nations Monday pushed to take immediate action regarding Afghanistan’s banks, according to Reuters.

The organization warned that a spike in Afghans that are unable to pay off their loans, lower deposits, and a cash liquidity problem could lead to Afghanistan’s financial system collapsing within a span of months.