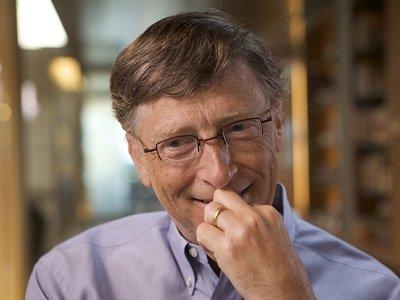 Bill Gates claimed that cryptocurrency and NFT trends are "100% based on greater fool theory," referring to the idea that investors can profit from worthless or overvalued assets if enough people are willing to bid them up.

His remarks come as the price of bitcoin and other cryptocurrencies plummets.

Instead, Gates stated that he prefers traditional investing.

According to Gates, it was one thing for Elon Musk and Tesla to invest in bitcoin, but that isn't to say that ordinary investors should follow suit.

"I do think people get bought into these manias, who may not have as much money to spare," Gates said. "So I'm not bullish on bitcoin."

In November 2021, Bitcoin reached an all-time high of $69,000. The world's most valuable cryptocurrency has lost two-thirds of its value since then, falling below $23,000 on Tuesday. Since Friday, it has lost roughly a quarter of its value.

Coinbase, a cryptocurrency exchange, has announced that it will lay off 18 percent of its workforce as the digital currency market continues to tank.