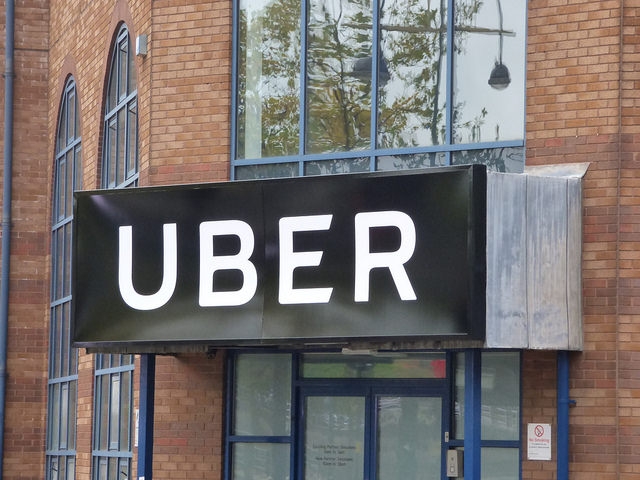 An Uber sign is seen at a building in Birmingham, England. Credit: Elliott Brown [(CC BY-SA 2.0) https://creativecommons.org/licenses/by-sa/2.0/] via Flickr 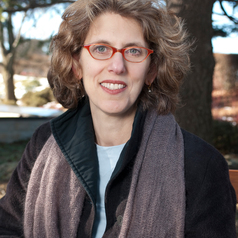 By Juliet B. Schor

Uber, TaskRabbit and other ride-hailing and delivery service companies in California can keep classifying their workers as independent contractors rather than employees after California voters approved a measure known as Proposition 22, according to the state’s still-unofficial tally.

The fundamental question of whether Uber drivers and similar workers should be considered employees or contractors has been debated and litigated for years now. The issue is often framed, however inaccurately, as a tradeoff between the flexibility that comes with being independent against the higher incomes and benefits that employees tend to get.

Uber and other supporters of Proposition 22 have argued the measure would provide both flexibility and some employeelike benefits, such as a guaranteed minimum wage.

I’ve been studying gig labor for nearly a decade. Since 2013, I’ve led teams that have interviewed more than 200 workers on platforms such as TaskRabbit, Postmates, Uber and other apps to learn about their experiences, earning patterns, desires and constraints. Research, by my team as well as others, shows that full-time gig workers are rarely able to make a living with these apps – and Prop 22 won’t change that.

But I believe there is a better way to help gig workers keep the flexibility they like with an income they can actually live on.

It’s true that gig workers want flexibility, autonomy and life without a boss. But my team and I also found that the lack of benefits and available work mean it’s almost impossible to earn a reliable primary income on these platforms.

Those who tried to earn a full-time living on the platforms typically brought home wages below the official poverty line, even when their hourly pay was decent. A separate 2020 San Francisco study found that ride-hail drivers were earning US$360 per week, after expenses. That’s $9 an hour for a 40-hour work week – and even less for the majority who work more than that. Almost half of the ride-hail and delivery workers in that study could not cover a $400 expense without borrowing.

These poor conditions support our conclusion that succeeding on these platforms generally requires having at least one other job, often a conventional one that includes some benefits. In other words, the platforms seem to be free-riding on the backs of conventional employers.

But we also saw how good this kind of work could be – under the right circumstances.

To protect gig workers, California enacted a law last year that properly reclassified them from independent contractors to employees. It went into effect in January 2020.

Employment status makes the job more remunerative and less precarious by guaranteeing a minimum wage and numerous benefits. But the gig companies warn that it will eliminate the flexibility that workers like about gig work. Legal scholar Veena Dubal found that many workers came to support this reclassification as employees reluctantly, and only because conditions had become so dire.

In response, Uber and Lyft threatened to leave the state unless voters enacted Proposition 22. The measure exempts ride-hailing and delivery workers from the California gig economy law, but also offers some specific benefits, such as a guaranteed wage equal to 120% of the California minimum, which is currently $13 an hour.

However. independent researchers at the University of California at Berkeley have calculated that Proposition 22 would likely guarantee a wage of only $5.64 an hour, and many workers would be excluded from the various insurance benefits the proposition would provide.

My own research points to a different approach that retains worker flexibility but also gives workers a say in how the business operates – not to mention a real financial stake in its success: the platform cooperative.

Like any cooperative, a platform co-op is an enterprise jointly owned and controlled by its workers. Platform means the workers use an app or website to connect with one another and organize services for users.

Sociology doctoral student Samantha Eddy and I conducted a study of a platform cooperative in Canada called Stocksy United. It’s a stock photography company in which the contributing photographers are considered independent contractors but also own shares in the cooperative. There’s a small management team, but major decisions are voted on by the artists.

Members told us they are far happier than when they worked for the “Uber” of their industry, Getty Images, and earn much more for each photo sold. One reason for their satisfaction is that, like many platforms, Stocksy hosts a wide range of collaboration styles, from hobbyists who contribute the occasional photograph to professionals who invest large sums in shoots. This gives members the freedom that many seek from platform work.

All members get a say in the company’s governance, though in practice only a few hundred of its roughly 1,000 members are active in the company’s forums, where issues are discussed and voted on.

A key component of Stocksy’s success is that its founders already had extensive industry experience and knew the platform model and its technology. Another element was that it began with a $1.3 million loan from the founders. Lack of financing is a chronic impediment to the establishment of cooperatives, whatever the industry.

Another chronic problem in the gig economy is that too many workers chase too little work, a phenomenon that has been particularly acute among ride-hailing services. It arises in part because most platforms allow almost anyone to join. Our ongoing but unpublished interviews with gig shoppers and delivery workers find that this imbalance has intensified during the pandemic.

To avoid this problem, many co-ops, especially in driving, delivery and cleaning, limit membership and expand only with the market. That’s a major boon for workers who depend on their app-based incomes for rent, food and other basic expenses.

Platform cooperatives are a bit younger than the gig economy, which began around 2009. So there aren’t many yet. But there are examples in bicycle delivery, ride-hail services, cleaning and health care.

Given Uber, DoorDash and other companies spent more than $200 million to get Proposition 22 passed, there’s no reason to expect these or similar companies to ever convert to a worker cooperative.

But if they were to go that route, our interviews suggest workers would be better off.

This is an updated version of an article originally published on Oct. 29, 2020.

Christopher & Banks facing closure as it filed for bankruptcy this week