Capitol insurrection: Jim Jordan confirms sending one of the texts to Mark Meadows 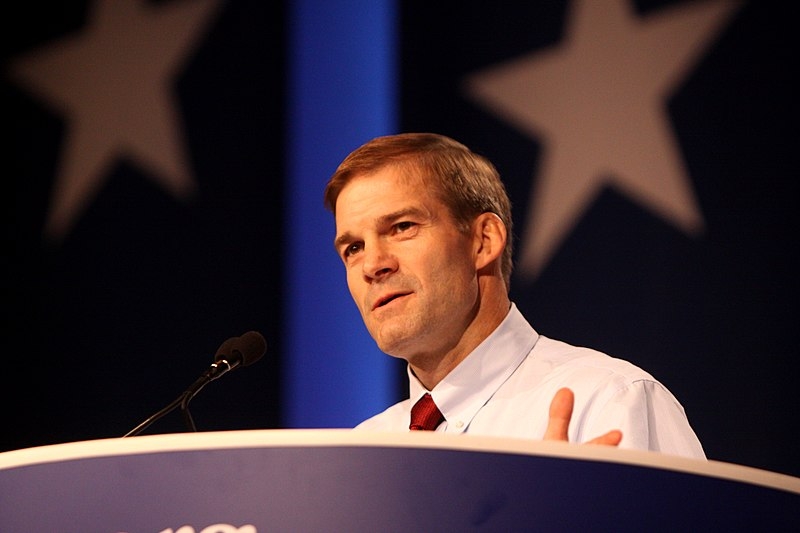 So far, it is known that there were Republican members of Congress who contacted former Trump chief of staff Mark Meadows during the Capitol insurrection in January. While the names have yet to be made public, a report by Politico confirms that Ohio Republican Rep. Jim Jordan was among those who sent texts to Meadows.

Politico confirmed that Jordan was one of those text messages sent to Meadows that were read aloud by the House Committee. Jordan’s office confirmed that the Ohio Republican sent the text message that called for then-vice president Mike Pence to throw out votes from key states.

However, Jordan’s office said that the congressman did not write the text himself but forwarded it through a third party.

“On January 6, 2021, Vice President Mike Pence, as President of the Senate, should call out all the electoral votes that he believes are unconstitutional as no electoral votes at all – in accordance with guidance from founding father Alexander Hamilton and judicial precedence. ‘No legislative act,’ wrote Alexander Hamilton in Federalist No. 78, ‘contrary to the Constitution, can be valid.’ The court in Hubbard v. Lowe reinforced this truth: ‘That an unconstitutional statute is not a law at all is a proposition no longer open to discussion’ 226 F., 135, 137 (SDNY 1915) appeal dismissed 242 US 654 (1916)” read the text sent by Jordan.

The outlet also reported that the analysis was written by Joseph Schmitz, a former Inspector General for the Defense Department.

The confirmation of Jordan writing one of the texts to Meadows resulted in backlash, especially as House Minority Leader Kevin McCarthy attempted to recommend the Ohio Republican for the House Committee investigating the insurrection.

On CNN, Republican Rep. Adam Kinzinger, one of the two GOP congress members in the committee, blasted Jordan for hiding his communications with Meadows during the insurrection.

Kinzinger agreed with host Wolf Blitzer that Jordan’s actions were “brazen” and noted the fact that had Jordan been appointed to serve on the committee, the Ohio Republican would have instead tried to shut the panel down. Kinzinger also called for reforms to the Electoral Count Act following the revelation of the texts, acknowledging the current state of the Republican Party.