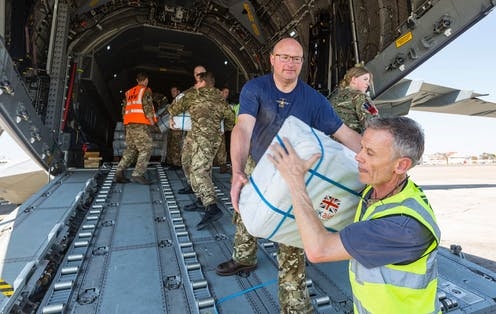 Shelter kits delivered to Mozambique after Cyclone Idai by the Department for International Development in 2019. DfID via Flickr, CC BY 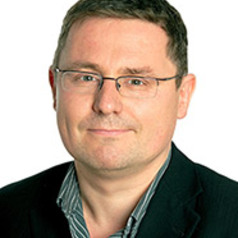 For a prime minister so keen on proclaiming Britain’s world-beating status, whether in response to COVID-19 or in its post-Brexit future, Boris Johnson’s announcement of the closure of the Department for International Development (DfID) and its merger into a new Foreign, Commonwealth and Development Office seemed strange. It brought about immediate condemnation from three former prime ministers, many MPs within Johnson’s own party, and the vast majority of the UK development and humanitarian sector.

First raised in December, many thought the decision had been put on hold until later in the year. Instead, the government acted with ruthless speed, perhaps seeking to prevent the mobilisation of significant opposition. Reportedly not even senior DfID officials knew of the decision until just before Johnson spoke in parliament.

The decision has been presented as an opportunity for encouraging greater efficiency, coordination and cooperation in Britain’s global policy, and the government has maintained it remains committed to maintaining spending on international development.

The current Foreign and Commonwealth Office (FCO) is already engaged in international development activity, spending around 5% of the aid budget (around a quarter of the total aid budget is spent outside DfID). Increasing numbers of its diplomatic staff have come from a background in DfID, and in many countries the two are housed in the same building. So DfID and FCO already operate in overlapping spheres.

Globally, the trend has been to merge international development functions back into foreign affairs ministries, as for example in Australia, Canada, Denmark, Norway and New Zealand. DfID is therefore something of an outlier in retaining its independence. But the experience of other countries suggests that while some mergers are effective, that’s not always the case.

In Denmark, a cabinet-level position overseeing the development function ensures aid priorities are represented and defended. This has protected the poverty-reduction focus of DANIDA, the Danish aid agency, even within the Ministry of Foreign Affairs. In Australia, however, a review of the merger of AusAID into the Department of Foreign Affairs and Trade found aid priorities had been reoriented around international trade policy, leading to a loss in quality in aid delivery.

The early indications about the British government’s merger raise cause for concern. In his speech in parliament, Johnson questioned why as much aid is given to Zambia as Ukraine, and ten times as much goes to Tanzania as to the Balkan region. A quick look at pretty much any development index would answer that – and perhaps question why Zambia is not getting more, given significantly higher poverty levels than Ukraine.

But the British government now clearly believes that Ukraine and the Balkans are essential for UK security and it is these issues which should determine spending. This suggests a very clear movement away from the DfID’s legally-enshrined focus on poverty reduction, towards prioritising UK international trade and security interests.

The problem is not that this will politicise aid. Aid has always been political since it was first established in 1929 by the Colonial Development Act. Whether aid has been seen as a mechanism for supporting British economic growth, or for pursuing security or international trade interests, successive (Labour and Conservative) governments have shaped UK aid to match their own priorities. This has ranged from promoting job creation and UK exports in the 1930s by insisting a proportion of “aid” had to be spent in the UK, to more formal tied aid approaches from the 1950s onwards, which linked aid to spending in the UK – most notoriously seen in the early 1990s Pergau Dam scandal aid for arms scandal.

But the merger will mean the loss of the firewall between both development and humanitarian interests and foreign policy that was established when Tony Blair’s government first separated aid from the FCO and created the independent DfID in 1997. This means policy distortions away from poverty eradication are more likely, will be more severe, and have a more damaging impact. It looks clear that the FCO will be the dominant partner.

DfID has become another casualty of the Brexit wars. It became embroiled in Brexit debates when Johnson as foreign minister, and Priti Patel, then secretary of state for international development, both demanded the aid budget be used to support building Britain’s post-Brexit future. This is, then, a victory for the hardline Brexit faction in the Conservative Party, which has long questioned the protection of UK aid budgets and demanded aid policy be reoriented to UK interests. An independent DfID was too able to pursue its own course for the government’s liking, and this enforced marriage will ensure its relative independence can be tamed.

The tragedy is that DfID was already facing a turbulent immediate future. Its budget, linked to the size of the economy, was likely to fall potentially by more than 10%, and discussions were already taking place over what to prioritise and what to cut. Brexit would have brought its own challenges for how DfID cooperated with its major partner, the EU. It seems strange that at this point of uncertainty and confusion for DfID, a prime minister who sets such store on the UK’s world position should destroy one of the country’s most internationally respected tools for persuasive soft power.