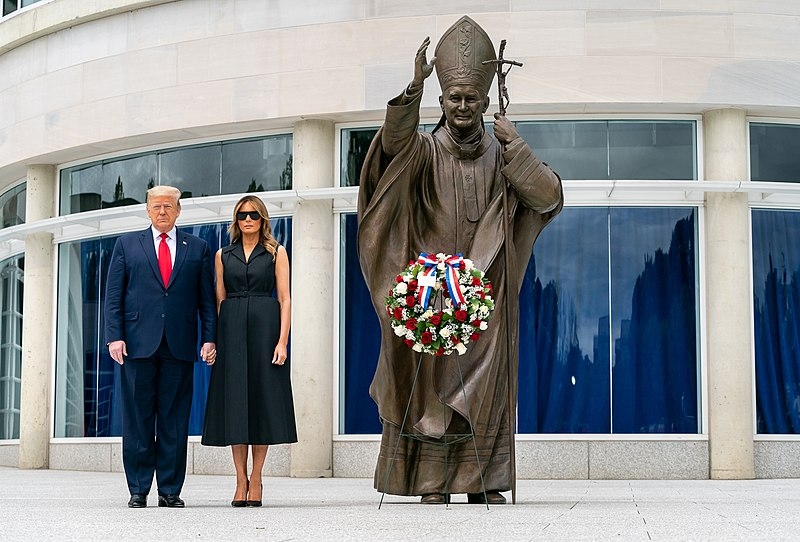 As President Donald Trump is up for reelection this year, he is determined to pander to swing or battleground states to get the votes. However, the recent polls have shown that Trump’s poll numbers are facing a decline, spelling trouble for the president in these swing states.

ABC News reports that the ongoing civil unrest triggered by the death of George Floyd played a big part in the slip in poll numbers last week. Trump’s top campaign aides have already warned him that his challenger, former vice president Joe Biden now has a bigger chance of getting elected by a substantial amount of electoral votes. This has sown division even amongst Trump’s aides as other campaign officials have, at the same time, insisted that this does not affect his reelection chances.

Several of his longest-serving campaign advisers have warned that if Trump does not do any “course correction” by election time, Trump will lose. Trump has already faced tremendous amounts of backlash from Americans on social media, following his response to the protests as well as his photo op in front of a church in Washington.

Shortly after the murder of George Floyd, several White House officials, including Chief of Staff Mark Meadows, were suggesting that Trump address the ongoing protests to show that he was taking the issue seriously. However, four sources have revealed his son-in-law and senior adviser Jared Kushner opposed the idea, saying that it could make things worse.

Nevertheless, the White House is expected to release proposals regarding race relations and policing. The exact date has yet to be determined.

Going back to poll numbers, the Trump campaign sent CNN a cease-and-desist letter demanding that they make a retraction and apologize after showing a poll that revealed Biden was leading Trump by 14 percentage points. However, CNN was quick to respond that they stand by the poll results, even as Trump said he appointed pollster John McLaughlin to refute the information on the said polls.

According to CNN’s executive vice president and general counsel David C. Vigilante, “To my knowledge, this is the first time in its 40 year history that CNN has been threatened with legal action because an American politician or campaign did not like CNN’s polling results” and added that the cease-and-desist letter was “factually and legally baseless” and an attempt to silence speech that they do not want voters to see or hear.