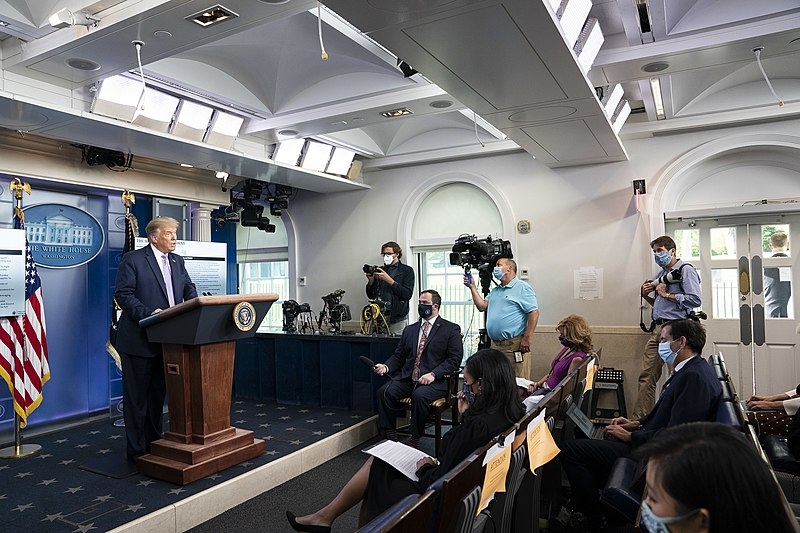 Donald Trump is known for insisting his own claims and theories about the COVID-19 pandemic, which has hit the United States the hardest. Recently, social media platforms Facebook and Twitter have now clamped down on posts by Trump’s accounts containing misinformation about the coronavirus.

BBC reports that the two major social media networks have flagged posts from the Trump campaign containing claims about COVID-19 that are deemed to be “harmful.” One clip that was taken down by Facebook showed Trump’s Fox News interview, where Trump said that children should be physically back in schools as they are supposedly immune to COVID-19. Twitter later did the same when the same clip was shared on the Team Trump account.

“This video includes false claims that a group of people is immune from COVID-19 which is a violation of our policies around harmful COVID misinformation,” said the spokesperson for Facebook. A spokesperson for Twitter also said the same thing, saying that the owners of the account are required to remove the tweet before they can tweet again. It was supposedly deleted afterward.

Donald Trump’s eldest son, Donald Trump Jr. was previously temporarily restricted from tweeting after sharing a clip that touted hydroxychloroquine as a cure for COVID-19. Health experts have already warned Americans against using the drug, including the Food and Drug Administration as there was no evidence that suggested that hydroxychloroquine could be able to fight the virus.

Contrary to Trump’s claim, children can actually catch the coronavirus, but they pose a low risk of suffering from the disease. Adults, especially the elderly and those with preexisting conditions are the most at risk of becoming sick and/or dying from COVID-19.

In other news, a report from Jim Sciutto of CNN reveals that White House advisers have been revealed to be hesitant in giving Trump military options especially as the US faces tensions with Iran, North Korea, and China. They feared that Trump may take the United States into war and even went as far as warning their counterparts stationed in those countries that there is no telling what Trump may decide to do.

According to Joseph Yun, a former representative for North Korea policy, “We used to only think of Kim Jong Un as unpredictable. Now we had Trump as unpredictable, and I would communicate that,” said Yun.