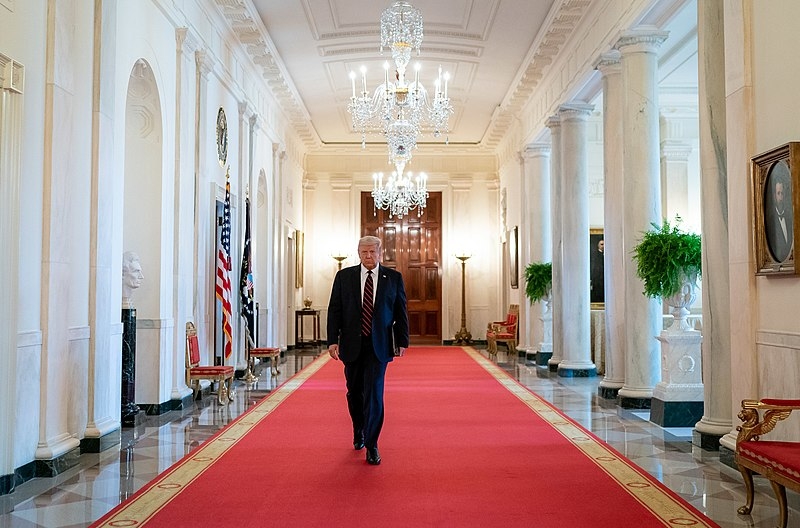 With cases of COVID-19 continuing to rise in the United States, Donald Trump remains confident in his administration’s response towards the pandemic despite it being heavily criticized across the board. In his latest sit-down interview on Monday, Trump repeated his long-running claims about coronavirus testing along with his issue on mail-in voting.

Sitting down with Axios’ Jonathan Swan, Trump claimed that the COVID-19 pandemic was unique, once again citing the flu pandemic in 1917 when the outbreak occurred a year later in 1918. When Swan pressed Trump about the increasing death toll, which is now approaching 160,000, Trump replied, “It is what it is.”

Even as Swan challenged Trump’s claims on the other countries doing supposedly worse during this time, Trump showed graphs and charts to back up his claim. However, as Trump tried to suggest that the US was doing a lot better than most countries who are affected by COVID-19, Swan pointed out that he was referring to the proportion of deaths and population, in which countries like Germany and South Korea are doing a lot better. The US makes up over one-fourth of global infections of the pandemic. Trump then said, “You can’t do that.”

Trump continued to reiterate his claims that the reason why the US has a lot of cases is that there is more testing going on. When asked who has said it, Trump responded that it is said in the manuals and books. The president also appeared to shift the blame onto the state governors for their handling and containment of the virus.

COVID-19 response aside, Trump made an unusual comment regarding Tik Tok, which was accused by the Trump administration of providing personal data to the Beijing government. It was a claim that ByteDance, who owns Tik Tok, has denied. Recently, Trump suggested that the US government should get a percentage from the sale of Tik Tok’s US unit should it be purchased by an American tech firm.

“The United States should get a very large percentage of that price because we’re making it possible. It would come from the sale, which nobody else would be thinking about but me, but that’s the way I think, and I think it’s very fair,” said Trump.