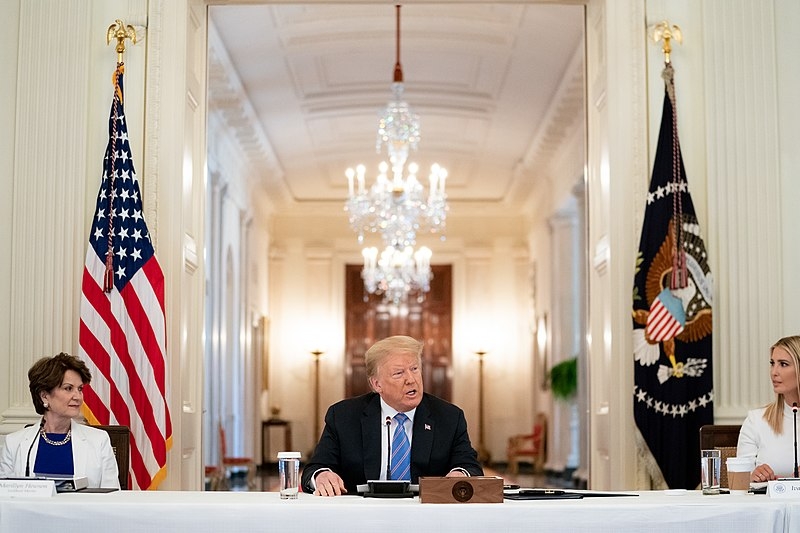 Although the focus has shifted towards rebuilding and reopening the economy and the country, the tensions between the United States and Iran remain. The tensions have now escalated as of late as the Islamic nation has now issued an arrest warrant for President Donald Trump for the US’ drone strike.

Iran’s Fars news agency via CNN reports that an arrest warrant has now been issued for Trump once he leaves office over the drone strike that was responsible for the death of Iranian General Qassem Soleimani. The president is at the top of the list of 36 individuals whom Iran has now issued arrest warrants for, according to Tehran attorney general Ali Alqasi Mehr.

Iran has informed Interpol and asked the organization to issue Red Notices to the 36 individuals. However, Interpol has released a statement to CNN, saying that it is against their rules and their constitution to intervene in the activities of military, political, religious, or racial figures.

Brian Hook, the US Special Representative for Iran, dismissed the warrant during a joint press conference with Adel Al-Jubeir, the Saudi Minister of State of Foreign Affairs, saying that it is nothing more than a political stunt. “This has nothing to do with national security, international peace, or promoting stability, so we see it for what it is - it’s a propaganda stunt that no one takes seriously and makes the Iranians look foolish,” said Hook.

Aside from Soleimani, Abu Mahdi al-Muhandis, who is the deputy head of the Popular Mobilization Forces, in which Iran has supported, was also killed in the same drone strike at Baghdad International Airport.

Meanwhile, Trump has criticized Princeton University over its decision to remove Woodrow Wilson’s name from the ivy league school. In another Twitter rant, Trump aimed at the establishment, pinning the blame on the Democrats for the decision. “Can anyone believe Princeton just dropped the name of Woodrow Wilson from their highly respected policy center. Now the Do Nothing Democrats want to take off the name John Wayne from an airport. Incredible stupidity!” tweeted Trump.

The university’s decision to remove Woodrow Wilson’s name comes as a response to the protests made by its students opposing racism as well as police brutality - two issues that are being protested again today following the death of George Floyd. Woodrow Wilson, who was also a US President and Princeton University president, implemented racist policies and even blocked Black students from applying during his time.