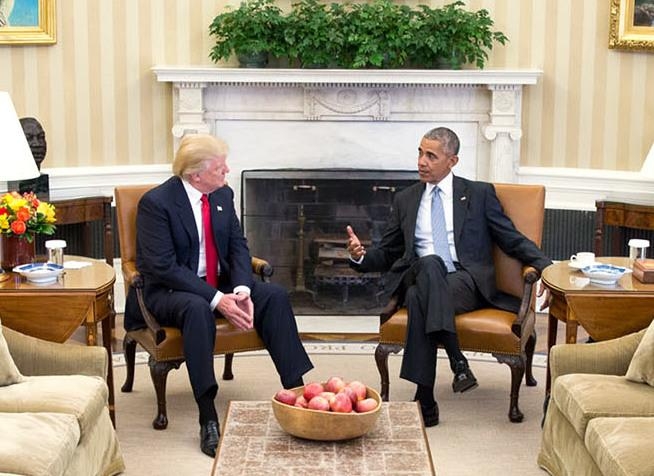 President Donald Trump has often criticized and accused his predecessor, former President Barack Obama for crimes that have not been specified. Now, Trump’s latest attack on the former president accuses him of treason for supposedly spying on his campaign.

CNN reports that speaking with CBN News Monday, Trump once again accused Obama of committing a crime, only this time he specified what it was: treason. Trump explained that Obama was spying on his campaign and thus committed treason without providing any evidence to the accusation.

This is the latest in the accusations Trump has made against Obama over the past few months. Trump previously accused his predecessor of committing a political crime in which he did not specify, and shortly afterward brought up the term “Obamagate,” accusing the former president of trying to sabotage his presidency before he was sworn in back in 2017.

With Trump’s repeated accusations against his predecessor including the conspiracy theories as to why it is, members of his own administration were also seen to be struggling to explain or defend the president. This goes back to his habit of attacking Democratic partisans in the DOJ and FBI, accusing them of abusing their authority to undermine his presidency.

McEnany was unable to disclose why Berman was dismissed from his post. Berman’s dismissal occurred the day after his refusal of DOJ Attorney General William Barr’s request that he step down from his post. Barr sent Berman a letter during the weekend, saying that Trump had agreed to fire him, without providing any justification why.