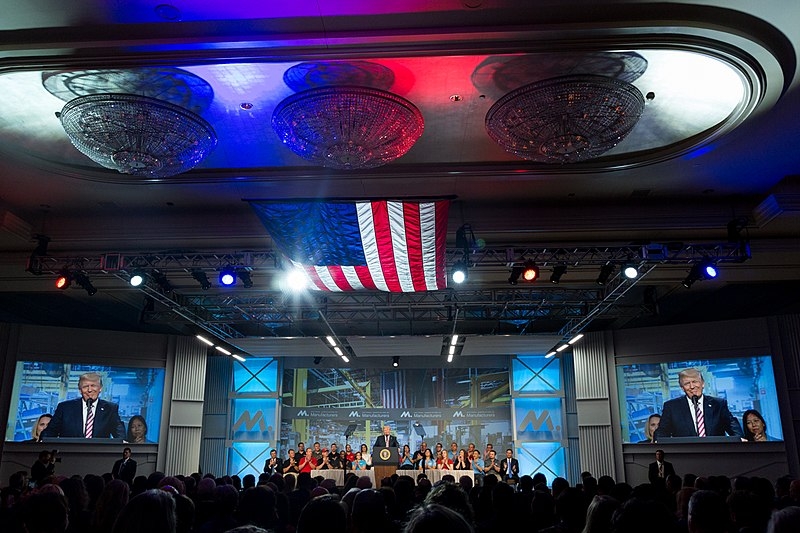 Former National Security Adviser John Bolton finally released his memoir, The Room Where It Happened, revealing information about his time under the Trump administration. According to White House trade adviser Peter Navarro, Bolton could face criminal charges in regards to what he has shared in the book.

CNN reports that Navarro appeared at State of the Union, where he weighed in on Bolton’s book, which has since hit the shelves and distributed to important people. Navarro criticized Bolton and his credibility, especially following the latter’s claim that President Donald Trump halted investigations in order to give personal favors to leaders he liked as well as having asked Chinese President Xi Jinping to help him in the upcoming elections. Navarro said that Bolton could potentially serve time over the information he has disclosed in the book.

“First of all, John Bolton has put highly classified information sprinkled throughout a very large book. And he - I predict this. He will not only get the profits from that book, but he risks a jail sentence. He has done something that is very, very, serious in terms of American national security. And he’s got to pay a price for that,” said Navarro.

When host Jake Tapper pressed Navarro about the claims Bolton made regarding Trump and Xi, the White House trade adviser did not clearly state whether or not it was true. Navarro brushed off the claim, calling it “silly.”

The Trump administration has made efforts in delaying the publication of Bolton’s book, with the latest one having reached the Department of Justice. However, a federal judge rejected the administration’s request to postpone the release on Saturday. Judge Royce Lamberth reasoned that the DOJ’s reasons to postpone the book were not sufficient enough and that the book had already been widely distributed by the time they made the request.

Bolton’s book has gathered criticism from both sides as more excerpts of the book are being shared online. Democrats ripped into the former National Security Adviser for not volunteering to testify against Trump during the impeachment trials nor coming forward with his supposed evidence much earlier. Several Republican lawmakers have also echoed the Democrats in that Bolton should have come under oath and testified against Trump if he knew a lot.