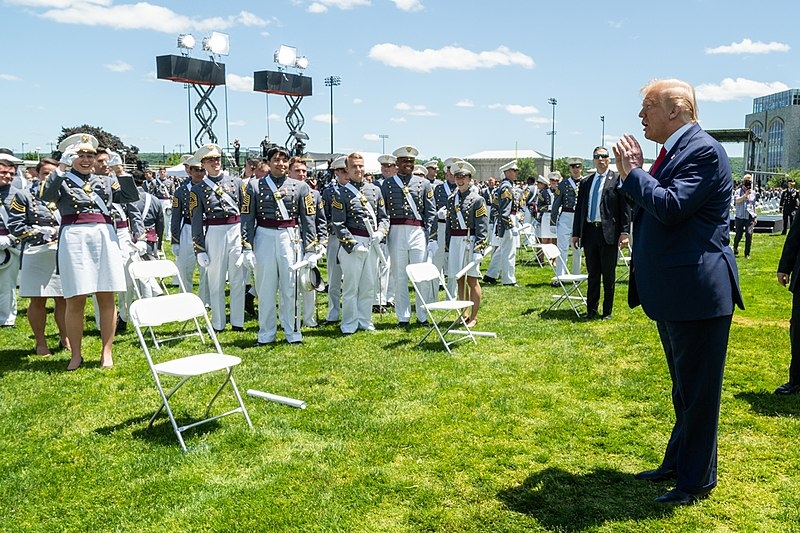 Social media platforms have previously drawn the ire of President Donald Trump, with more people pushing to have his messages taken down or monitored and his ads checked for any inappropriate content. Recently, Facebook has made the move, by taking down Trump’s campaign ad for featuring a symbol used by the Nazis.

BBC reports that Facebook took down a campaign ad by Trump that featured a symbol used by the Nazis, an inverted red triangle that was used to label its enemies. The platform said that the advertisement violated its policy against organized hate. “We don’t allow symbols that represent hateful organizations or hateful ideologies unless they are put up with context or condemnation. That’s what we saw in this case with this ad, and anywhere that that symbol is used we would take the same actions,” said Facebook’s head of security policy, Nathaniel Gleicher.

The ad in question was up on Trump and vice president Mike Pence’s pages for around 24 hours until it was taken down. It had generated hundreds of thousands of views prior.

The Trump campaign responded to the move made by Facebook, saying that the ad was targeted at the activist group Antifa, whom Trump labeled as domestic terrorists in the midst of the ongoing protests. It should be noted that Antifa is a group with no leaders, and opposes white supremacy, neo-Nazis, fascism, and racism.

Many have condemned Trump for labeling Antifa as such, as it lines up with the president’s anti-immigration, and anti-Muslim policies and beliefs.

But social media platforms are just one of the digital aspects Trump is targeting as recent reports revealed through John Bolton’s book, The Room Where It Happened, that Trump told Treasury Secretary Steven Mnuchin to target Bitcoin. Trump has long criticized the legitimacy of Bitcoin for a while, especially during the time in 2018 where he was discussing with Mnuchin about the tariffs and trade sanctions he plans to place on China.

Mnuchin defended Trump’s stance on cryptocurrency, saying that this was used more in money laundering compared to cash.

Although Trump strongly opposed Bitcoin, in 2018, he hired Mick Mulvaney, who is pro-Bitcoin, as his Chief of Staff. Mulvaney defended the cryptocurrency and said that it is a currency that could not be manipulated by the government.