Donald Trump fury: POTUS to consider filing a lawsuit against niece Mary Trump in light of her upcoming tell-all book 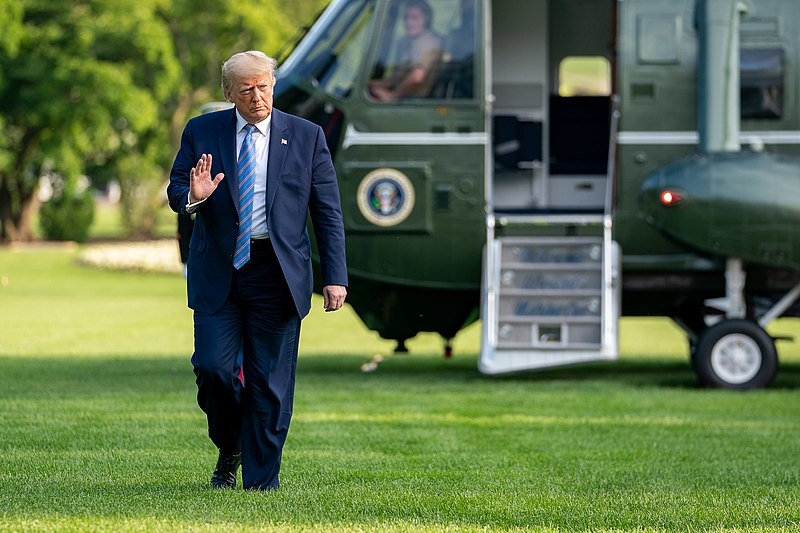 President Donald Trump’s niece, Mary Trump is set to publish her tell-all memoir that promises a no holds barred account of her family life. Following the news of the reports, Trump may consider suing his niece for whatever information about him that would be revealed in the book.

The Daily Mail reports that Mary Trump, the daughter of Donald Trump’s older brother, Fred Trump, Jr., has written a memoir called “Too Much and Never Enough: How My Family Created the World’s Most Dangerous Man,” which is set to hit the stores on the 28th of July under Simon & Schuster. According to the president, he is considering taking legal action onto his own niece and reports have circulated that in 2001, he had her sign a non-disclosure agreement to prevent her from talking about their relationship.

This will be the first time a member of the Trump family will reveal “unflattering” stories about the president.

The book will also recount the events Mary had witnessed as a child when she spent time at her grandparents’ house, where her father and his siblings grew up. Mary will also reveal that her uncle, even as he was the favorite son of the late Fred Trump, mocked him when he started to suffer from Alzheimer’s disease. Fred Trump died in 1999. According to the publishers, the book will also reveal how certain events and family patterns resulted in the kind of person the president is as well as his strained relationship with her father, Fred Trump Jr. who died at the age of 42 due to alcoholism.

Meanwhile, Trump signed a new executive order targeting police reforms and USA Today reports that he met with the family of Ahmaud Arbery, an unarmed black man who was shot to death while jogging in Georgia, along with the families of the victims who experienced the same injustice caused by whites. According to the spokesman for the attorney representing one of the families who were present, the private meeting became “contentious.”

Although they met with Trump privately, they were not present during the signing of the executive order.