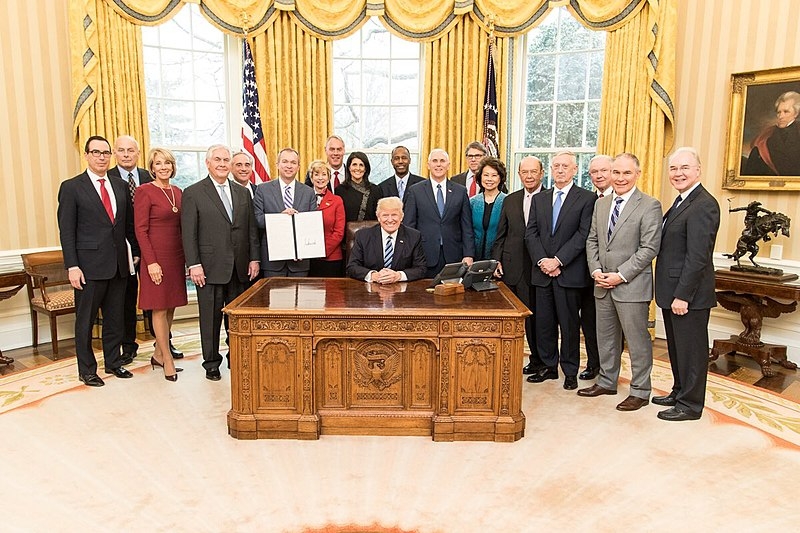 Donald Trump has only a few months left to serve as President of the United States following his loss in the elections. With his time as Commander-in-Chief limited, he has also made some changes in personnel, appointing Christopher Miller as the Secretary of Defense.

The transition period between administrations has begun, yet Trump is making some personnel changes as he recently dismissed Mark Esper as the Secretary of Defense. Trump announced on Twitter that he has appointed Director of the National Counterterrorism Center Christopher Miller as acting secretary. This move seems to spell trouble in the transition period especially as Trump has refused to concede to Joe Biden while continuously making false claims of election or voter fraud.

“I am pleased to announce that Christopher C. Miller, the highly respected Director of the National Counterterrorism Center (unanimously confirmed by the Senate), will be Acting Secretary of Defense, effective immediately...Chris will do a GREAT job! Mark Esper has been terminated. I would like to thank him for his service,” tweeted Trump in a two-tweet post.

Esper is one of the administration figures who are reportedly among the reasons for Trump’s unhappiness. DOJ Attorney General William Barr and FBI Director Christopher Wray are also reportedly included among those figures. However, Esper was reportedly already preparing his resignation letter, which may have led to a soured relationship between the two. Esper has also tried to break away from the controversial walk in Lafayette Park where protesters were cleared with tear gas and other means to clear the area for Trump.

Trump’s refusal to concede and accept defeat has also led him and his campaign to push their claims of voter and election fraud onto the public. The Trump campaign is planning a messaging blitz to push their claim that has yet to be supported with evidence. According to people knowledgeable in the matter, the messaging blitz will involve obituaries of people the campaign claims that voted in the election while also hosting campaign-style rallies to further the message.

Trump and his campaign have yet to present proof of electoral or voter fraud that happened in the battleground states. At the same time, the outcome of their questioning of the recounted votes would not change regardless of the state.