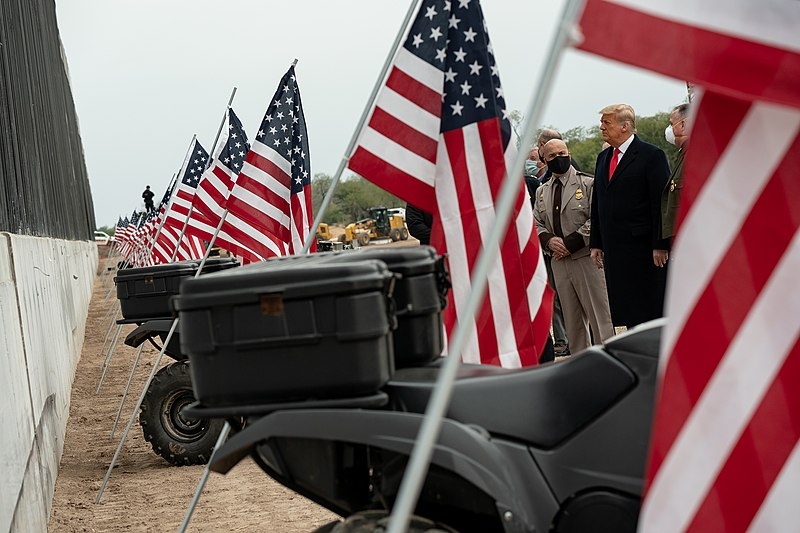 Relations between the US and China in recent years have been strained due to the pandemic as well as trade and other issues, including that of Taiwan and Hong Kong. However, China’s foreign minister says that Donald Trump’s administration is responsible for the damaged ties between the two countries.

Chinese state councilor and foreign minister Wang Yi spoke at a forum in Beijing where he said that the Trump administration is why bilateral relations between the US and China have become damaged. Wang also urged the US to cease smearing the country’s ruling political party as the Trump administration’s efforts to suppress and contain China has done more harm than good. Wang also said that the US has to lift the tariffs on Chinese goods and abandon what was described as an irrational suppression of Chinese tech. When it came to the matters of human rights abuses in Xinjiang, as well as Taiwan and Hong Kong, Wang said that the US must stop interfering in the internal affairs of Beijing and refrain from siding with Taiwan’s separatists who are seeking independence.

“Over the past few years, the United States basically cut off bilateral dialogue at all levels,” said Wang. “We stand ready to have candid communication with the US side, and engage in dialogues aimed at solving problems.”

Joe Biden’s administration has indicated that it would maintain pressure on Beijing. Nevertheless, Wang cited that Biden’s call with Chinese President Xi Jinping is a step in the right direction. Biden previously expressed his concerns about the human rights abuses happening to Uyghur Muslims in Xinjiang province, endorsing the Trump-era assertion that China is committing mass genocide of the Muslim minorities in the area.

Aside from strained relations with China, Trump’s final year in office also saw his administration widely criticized for its response to the COVID-19 pandemic. As of now, 500,000 Americans have died from the disease despite the ramped-up efforts to transport vaccines. Throughout the pandemic, Trump also had a strained relationship with infectious diseases expert Dr. Anthony Fauci. Dr. Fauci recently blasted the now-former president in an interview with the Telegraph, accusing Trump of allowing terrible things to happen in his pursuit of getting reelected.

In the early days of the pandemic, Trump was known to have listened to Dr. Fauci’s advice. However, when it became apparent that social distancing and lockdown measures needed to be put in place, which would affect his campaigning, Trump began to openly disagree with Dr. Fauci. Trump began to attack the infectious diseases expert, who has served under seven presidents, on social media paired with baseless conspiracy theories.