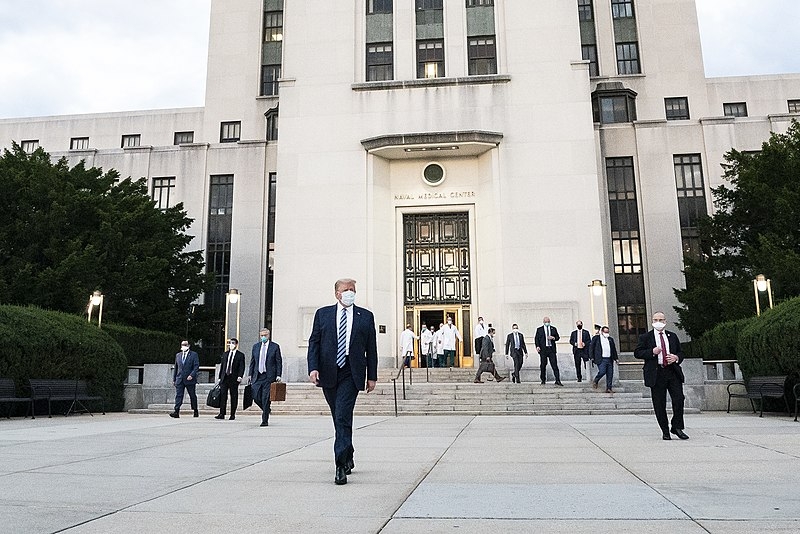 Following the news of Donald Trump testing positive for COVID-19 last week, he has since been recovering from the disease at the White House. However, his condition comes over a week until the second presidential debate and a few weeks before the third and final debate. With the commission-in-charge considering a virtual format for the debate, Trump has dismissed the idea.

Trump dismissed the idea of debating his Democratic challenger Joe Biden in a virtual setting, for the next two presidential debates. Speaking to Fox Business, Trump weighed in on a possible virtual debate, saying that he will not bother to appear should the format be in that manner. “I’m not going to do a virtual debate,” said Trump.

The comments follow as the Commission on Presidential Debates has announced a virtual format for the two candidates’ debates. This was a result of Trump’s coronavirus diagnosis, which the president has claimed to have made a full recovery. The Biden campaign has since responded to Trump’s comments, saying that they have already agreed to a virtual debate format. But because Trump will not want to attend should the debate be in that manner, they suggested that the third debate on October 22 be a town hall format instead.

Later on, following the news of Trump’s physician gave him the clear to return to campaigning. The Trump campaign has called on the Debate Commission to push through with next week’s debate but only in person.

“There is, therefore, no medical reason why the Commission on Presidential Debates should shift the debate to a virtual setting, postpone it, or otherwise alter it in any way,” said campaign manager Bill Stepien.

Despite the insistence to hold the next debate in person, commission chair Frank Fahrenkopf said that their decision to hold the debate virtually was not going to be reversed. Their decision was in accordance with the advice given by the Cleveland Clinic.