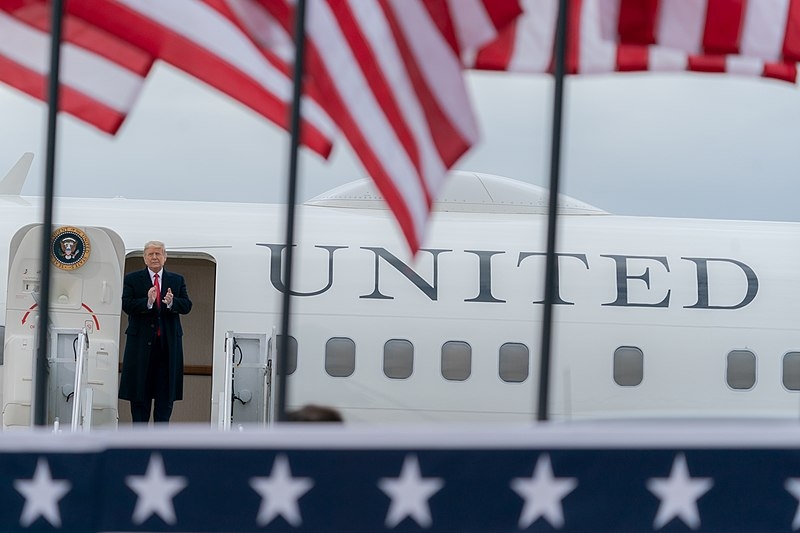 Donald Trump is often criticized for pushing for an anti-immigrant as well as anti-Muslim agenda. Following his accusation that congresswoman Ilhan Omar entered the country illegally, Omar spoke out against Trump.

Speaking with Joshua Johnson at MSNBC’s “The Week,” Omar responded to Trump’s accusations towards her. Trump accused her of entering the United States illegally and of showing dislike towards the country. Omar noted that Trump’s incendiary comments towards her have also resulted in death threats being made at her. The Somalia-born congresswoman entered the US as a refugee during the 1990s and gained US citizenship by 2000 at 17 years old.

“It’s really also just astonishing to see the way in which he characterizes what love for this country is,” said Omar. “I would certainly reckon not only Somalis, but myself, the Governor of Michigan, and our Speaker all love this country way more than the President, who is not only destroying the presidency but everything this country stands for.”

This is not the first time Trump has attacked Omar during his campaign trail, and this comes as there are only 16 days left until the elections in November. Trump demeaned Omar to his supporters during his rally at Muskegon, Michigan.

“She hates our country. She comes from a place that doesn’t even have a government then she comes here, she tells us how to run our country, and she hates our country,” said Trump. “If you look at the House with Pelosi, it’s like they hate Israel, and they believe in Omar who came in here and married her brother or something, and came in illegally.”

Meanwhile, as Trump is set to debate Joe Biden for the third of the three presidential debates before the November elections, the Trump campaign opposed the topics that will be brought up during the debate of the candidates. The campaign also opposed the new measure that the Debate Commission will be implementing that is to cut off the audio of the microphones of the candidates should they overstep their time limits.

The measure follows the first presidential debate, when Trump constantly interrupted Biden, with the former vice president having to tell Trump to “shut up.”

A letter penned by campaign manager Bill Stepien states that they do not find it acceptable for a person to have a lot of power over the microphones the candidates will use. The letter also accused the Commission of being biased towards Biden.