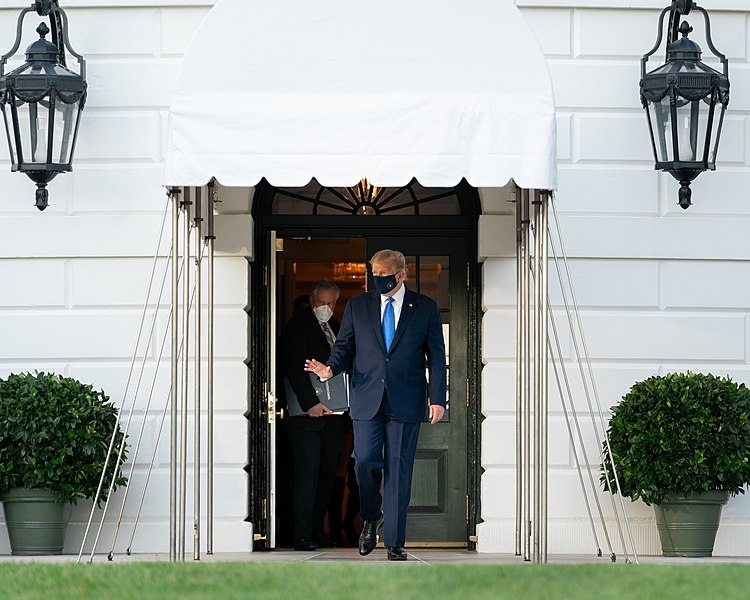 A few weeks prior, Donald Trump tested positive for COVID-19, and even supposedly, after three days of treatment at Walter Reed hospital, he is keen on returning to the campaign trail. However, having previously claimed that he may have now gotten immunity from COVID-19, Twitter has flagged down his post once again.

This is not the first time Twitter has flagged down Trump’s tweets. The latest post in question was Trump revealing that he is given clearance to return to his campaigning by the White House physician.

“A total and complete sign off from White House Doctors yesterday. That means I can’t get it (I’m immune) and can’t give it. Very nice to know!!” tweeted Trump.

Twitter has since flagged the tweet, marking it as misleading and a violation of the platform’s policy about spreading misleading or inaccurate information about COVID-19. Even with the flag-down, Twitter has still allowed users to view the said post. The flag-down also came with a link to Twitter’s blog explaining how information about the pandemic is shared on the platform.

Twitter has since implemented a policy as of May, flagging down tweets that may be spreading harmful or misleading information about the pandemic, whether from public figures or private users. The platform has previously flagged down a post by the Trump campaign for violating the same policy after the campaign claimed that children are virtually immune from contracting COVID-19.

Nevertheless, Trump has returned to the campaign trail, insisting on holding in-person rallies with his supporters sans social distancing or face masks. Trump traveled to the swing state of Florida, a state he needs to maintain votes in for his reelection bid. His return to holding campaign rallies follows the results of public opinion polls, with his Democratic challenger Joe Biden maintaining a lead by an average of 10.4 points in several swing states which are crucial in the elections.

Many have since criticized him for pushing for campaigning despite having already contracted coronavirus along with his wife, first lady Melania Trump. Trump and his campaign have since attempted to continue downplaying the severity of the disease, which has now infected millions of Americans and killed over 210,000.