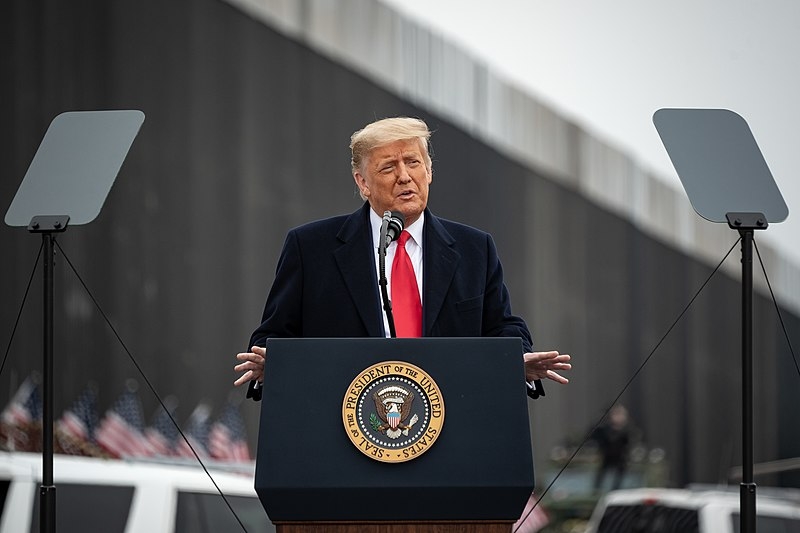 Unable to accept the election results, former President Donald Trump spent the remaining months of his presidency trying to contest the results in battleground states. Three Wisconsin cities are now demanding that the former president pay their attorney’s fees following the dismissal of his lawsuits.

Three cities in Wisconsin, Kenosha, Racine, and Green Bay, are asking a federal judge to order Trump to pay $42,570 in attorney’s fees in his lawsuit that challenged the state’s election results. Wisconsin went to Joe Biden during the elections, beating Trump by almost 21,000 votes.

Their request for the former president to cover their legal fees follows Wisconsin Governor Tony Evers’s request to a court to award the state over $145,000 in legal fees in relation to the case brought by Trump and his allies.

The now-former president at the time was seeking the state’s Republican-controlled legislature to decide who to award the state’s 10 electoral votes rather than the voters. At the time, Trump argued that the state’s voting practices were improper. This was ruled against Trump by his own appointee, US Judge Brett Ludwig. The Supreme Court ultimately refused to hear Trump’s case back in March.

“The objective bad faith of plaintiff’s counsel in filing and litigating this action is evidenced by the scope of the relief sought and their relentless pursuit of it all the way to the United States Supreme Court, well after the election results in Wisconsin have been determined and certified,” wrote Daniel Lenz, the attorney for the three cities.

In other news, many of the world’s wealthiest were able to grow their fortune even more during the pandemic. The same could not be said for the former president, who dropped down 300 places in Forbes’ annual billionaire poll.

From a total of 2,755 billionaires that were listed, Trump dropped to rank 1,299. The former president has suffered losses of millions on his properties over the years, from his retail properties to his golf resorts.

However, there are still businesses leasing from his properties despite having distanced themselves from the former president following the January 6 insurrection at the Capitol.