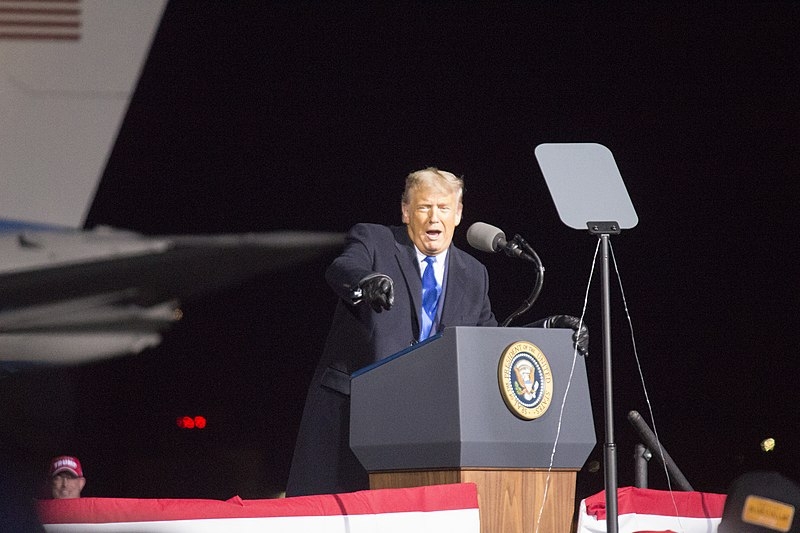 Former President Donald Trump is currently facing several lawsuits and investigations, one of which gave its ruling today. The Supreme Court has ultimately dismissed a lawsuit by the former president’s critics on social media.

The Supreme Court ruled to dismiss the lawsuit filed by the former president’s critics on the social media platform Twitter, those whom he blocked while he was still active on the platform.

The US Justice Department requested the Supreme Court to dismiss the case as moot ahead of Joe Biden’s inauguration as the new US President back in January. Government lawyers then contended that the then-president’s decision to block replies from certain Twitter accounts could be done by any user and was a personal choice. The request also asked the Supreme Court to vacate the rulings of the lower courts.

Trump was permanently suspended from Twitter following the January 6 insurrection, when a pro-Trump mob stormed into the Capitol during its joint session of Congress to formally certify Biden’s win.

Five people were killed including one Capitol Police officer, while hundreds were injured among the law enforcement that was present. The FBI has since made hundreds of arrests and Trump has also been permanently suspended from other major social media platforms.

Trump’s attempt to overturn the election results in swing states resulted in over 60 lawsuits contesting the results dismissed. Now, three cities in Wisconsin, one of the states Trump and his allies tried to contest the election results in, are now asking the former president to pay their attorney’s fees. Their request comes days after Governor Tony Evers made a similar request.

The cities of Green Bay, Kenosha, and Racine are now asking a federal judge to order the former president to pay $42,570 in attorney’s fees following his dismissed lawsuit.

“The objective bad faith of plaintiff’s counsel in filing and litigating this action is evidenced by the scope of the relief sought and their relentless pursuit of it all the way to the United States Supreme Court, well after the election results in Wisconsin had been determined and certified,” wrote Daniel Lenz, who represents the three cities. “In essence, plaintiff’s sought to disenfranchise every Wisconsin voter.”