Ellen DeGeneres resorting to plastic surgery to erase the damage brought about by the toxic scandals to her appearance: Rumor 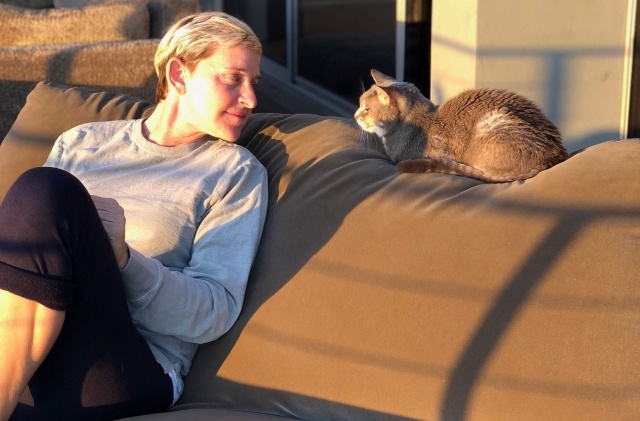 Ellen DeGeneres is still facing backlash despite the successful comeback of her talk show. The 62-year-old returned last week for season 18 of “The Ellen Show,” and the opening was said to have recorded the strongest rating since 2016.

But despite Ellen’s on-air apology and positive response from the viewers, there are still people who bashed her. It was also reported that some of her old and current employees were not happy with her apology, but then, the show must continue.

Now, behind Ellen DeGeneres’ smiles and bright demeanor in the show, it was said that the host is stressed out from the continuous controversies. The strain is allegedly showing in her appearance and it is making her look old.

Globe published an article titled “Facing the Music Ages Toxic Ellen,” it was claimed that the talk show host is preparing to go under the knife to remove the signs of aging caused by all the stress she went through because of the “mean” scandal.

It was added that she wanted to boost her morale and one way to do this is to improve her appearance by surgery. The effect of the stress is making her ugly so she is doing something about it.

“It shows in the bags under her eyes, the saggy cheeks and jaw,” the source allegedly told the magazine. “She’s breaking out something terrible, and her skin looks blotchy from all the stress she’s been under, and even with makeup on, she looks haggard!”

The insider added that Ellen DeGeneres wants to improve her looks. She is said to be very conscious about her image so she desperately wants to spruce it up.

“She’s booking appointments with dermatologists and surgeons, demanding Botox fillers, a facelift and eyelift, surgery to tighten her neck and microdermabrasion,” the tipster snitched. “She doesn’t care what is cost because money is no object.”

Portia De Rossi, Ellen’s wife, is said to be supportive and still standing by her side. The former model fully supports her plans to get cosmetic surgeries it will make Ellen feel better.

Gossip Cop investigated to see if Globe’s report is true and concluded that all the details written in the article are false. Also, the publication noted that the tabloid already published a similar story before where it claimed Ellen DeGeneres shelled out $1 million on plastic surgery, which turned out to be a made-up story. Also, after speaking to a source who is familiar with the situation, Gossip Cop confirmed that there is no truth in the report.