Embodied carbon: why truly net zero buildings could still be decades away 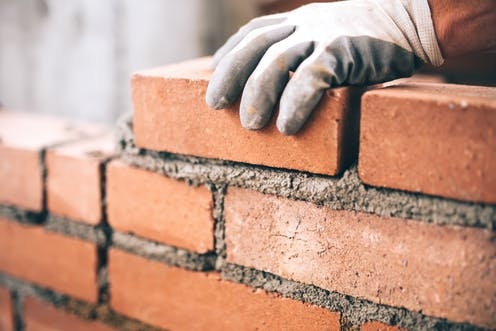 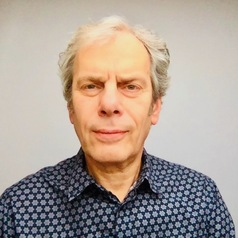 Carbon dioxide (CO₂) emissions come from two sources: using things (known as operational emissions) and making things (embodied emissions). For a familiar example of the first kind, your home probably burns natural gas for heating and uses electricity that fossil fuels may have generated. Governments plan to eliminate these emissions by making buildings better insulated and airtight so that they need less energy and ensuring renewable sources, such as wind and solar, generate enough power.

But what about the second kind – those embodied emissions that arise from making the thermal insulation, solar panels, bricks and concrete blocks in energy-efficient buildings?

These and other materials add many tonnes of embodied emissions to the construction of a house. An alternative material based on a mix of hemp and lime called hempcrete has, according to research published in 2008, negative embodied emissions of -108kg CO₂ per cubic metre. This is because the hemp crop absorbs more CO₂ as it grows than is released while making it into hempcrete. 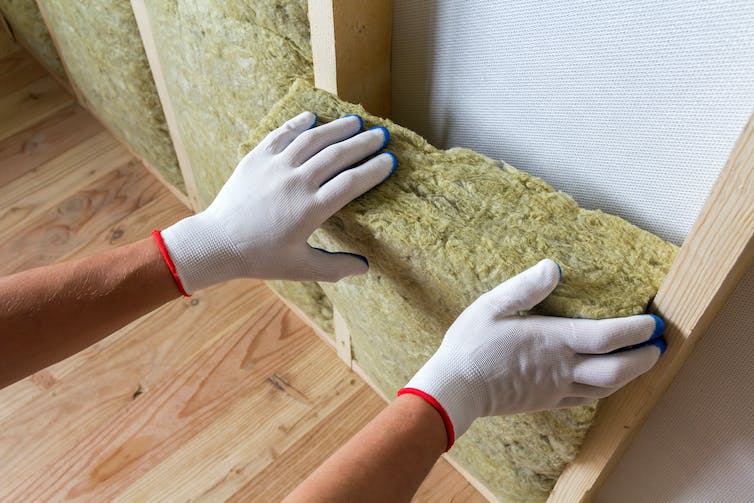 Thermal insulation cuts operational emissions, but has its own embodied emissions. Bilanol/Shutterstock

If engineers fit the same house with rooftop solar panels, it will have negative operational emissions of -0.6 tonnes of CO₂ a year. That’s because when solar panels generate and supply electricity to a house, they not only prevent the emissions that would otherwise have been generated by fossil fuels, they also reduce them by the same amount by supplying new clean energy to the grid. This is why the official way of accounting for these so-called grid-displaced emissions is to use them with a minus sign.

If the same house is built from hempcrete, with walls thick enough to achieve the same level of insulation as in the house made from conventional materials, embodied emissions in the external walls will be -7.3 tonnes. Adding the remaining 19 tonnes of embodied CO₂ contained elsewhere will make 11.7 tonnes of embodied CO₂ for the whole house.

Since the starting point for embodied emissions is much lower in the house with hempcrete walls, the rooftop solar panels will eliminate the house’s total emissions by 2041 – 25 years earlier than the house made from conventional materials.

New buildings are only a small part of the problem, though. Some 80% of the buildings that will be around in 2050 already exist and have high operational emissions.

Existing buildings must be retrofitted with thermal insulation and renewable energy systems, such as solar panels and heat pumps or other renewable heating systems, for them to achieve net zero. To keep these buildings airtight and prevent cold wind from getting in or warm air from getting out, tight doors and windows and mechanical ventilation systems are used.

For over a decade, our lab has monitored the energy use and carbon emissions of the Birmingham zero carbon house. The house was built in 1840 and extended and renovated in 2009 with solar panels and solar thermal collectors for heating water. In 2010, the house won an award for architectural excellence from the Royal Institute of British Architects.

Embodied emissions in the original building materials have been in the atmosphere since 1840. The house was retrofitted with materials that required low amounts of energy to make, such as unfired clay blocks, bricks from demolished buildings, recycled newspaper insulation, lime plaster with ground recycled glass, rammed earth floors and reclaimed 200-year old timber from the floor of a silk factory.

Even then, the embodied emissions after the retrofit amounted to more than 40 tonnes of CO₂. The renewable energy systems, including solar panels that generate electricity and solar thermal collectors that heat water, reduce the house’s total emissions year on year, but our calculations showed that the house will only reach net zero in 2030. 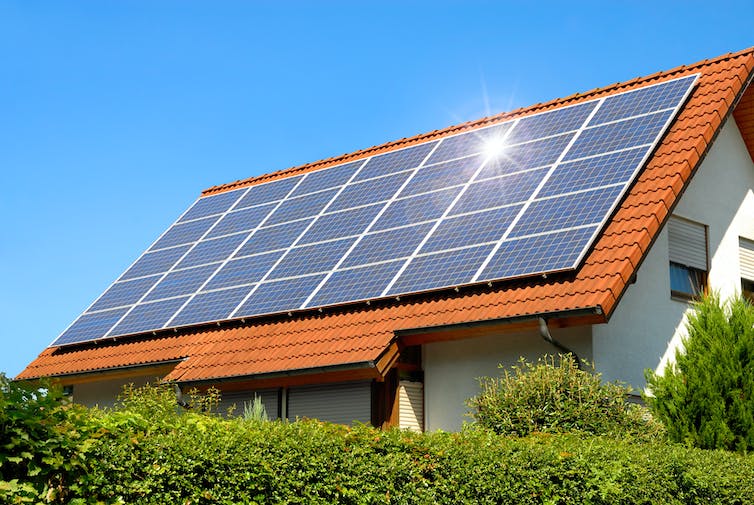 Solar panels can offset the embodied emissions in buildings over several decades. Smileus/Shutterstock

Not taking embodied emissions into account could mean overshooting carbon emissions targets by several decades. Even a home retrofitted with numerous reclaimed materials and with negative operational emissions will take 21 years to reach net zero. This puts the scale of efforts needed across the UK and beyond to reach net zero by 2050 into perspective.

Fully 75% of UK councils aim to make their operations carbon neutral by 2050, including social housing stock. These aims, in many cases brought forward to 2030, cannot be achieved without taking into account embodied emissions in building materials. The net zero by 2050 target may seem far away, but accounting for embodied carbon means acknowledging that countries may have already overshot it.