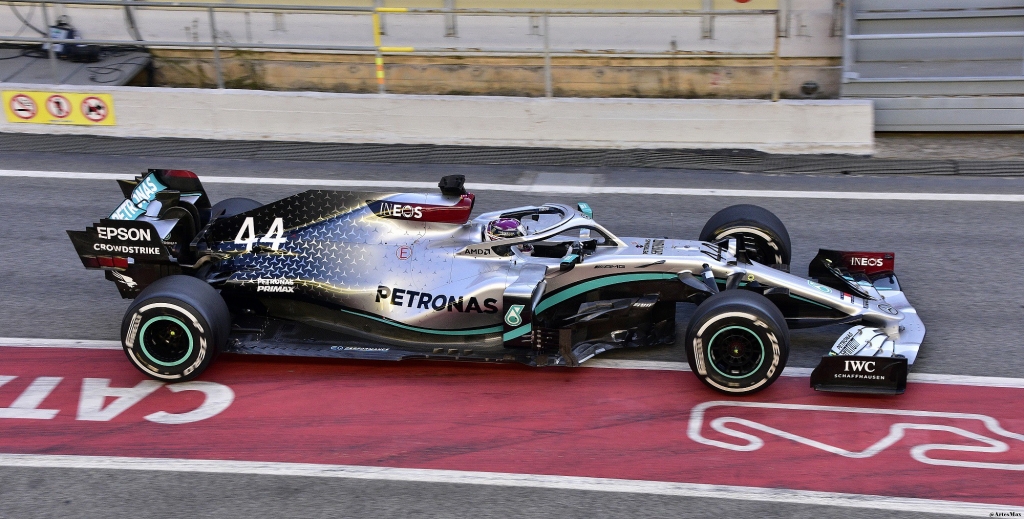 Back in 2008, six-time Formula 1 world champion Lewis Hamilton, while driving for McLaren, clinched his first-ever British Grand Prix on a Silverstone Circuit that was made treacherous by pouring rain. And, it wasn't only the rain that made it dramatic.

In just his second year as a Formula 1 driver, Hamilton left behind his closest pursuer by over a minute and lapped everyone in fourth place.

Fast forward to Sunday, August 2, 2020, Hamilton, this time driving for Mercedes, clinched his record seventh win at the Silverstone Circuit in another dramatic fashion.

What could be more dramatic than Hamilton limping to the chequered flag on just three wheels, after his front left tire got punctured on his last lap with Red Bull's Max Verstappen coming in just five seconds behind him?

The British race driver was leading from the pole without much challenge and it had looked like another smooth sailing to the finish line when the last lap drama happened.

According to Hamilton, his heart was in his mouth and he was just praying that he would be able to get his car around the last few corners and not be too slow.

The win was Hamilton's third in-a-row this season of Formula 1 and solidified his hold of the top spot in the Driver's race with 88 points, giving him a 30-point lead over Mercedes teammate Valtteri Bottas who has 58 points.

After taking the opening title in Austria and making it to the podium in the next two races, Bottas finished outside the points this time at 11th place. The Finnish driver also suffered a puncture late in the race.

Verstappen, for his part, shrugged off talks that he could have gotten past Hamilton had he not stopped in the pits for fresh tires. He was 30 seconds behind Hamilton coming out of the pits.

Rounding up the podium finishers was Charles Leclerc despite having a troubled Ferrari.

Engine revving action will return to the Silverstone Circuit on August 9 for the Formula 1 70th Anniversary Grand Prix.