‘The Walking Dead’ season 10: AMC unveiled details of special bonus episodes and here's when it will premiere

BTS attained its second platinum record from US' RIAA 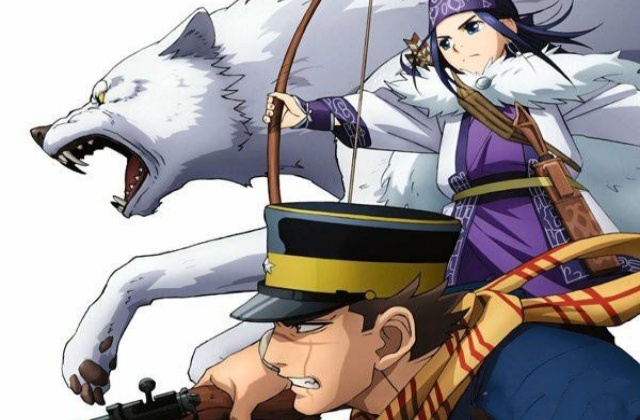 “Golden Kamuy” is an anime that was created and produced for television by Geno Studio. It has returned for its season 3 as part of the fall 2020 anime schedule, and now it is on its fifth episode already.

It was based on Satoru Noda's manga series of the same title and serialized on Weekly Young Jump. It has been unpopular for a few years before it surpassed the other manga series and turned into an anime.

Prior to the arrival of “Golden Kamuy” season 3 episode 5, here’s the brief recap of episode 4 titled "The Immortal Sugimoto Harakiri Show." in this story, a copy of Gansoku’s tattoo has been stolen by a young boy in Toyohara.

As the tattoo has been stolen, Saichi Sugimoto's group has also arrived in this town in Karafuto. Otonoshin Koito immediately chased after the thief, and they reached the Yamada Circus. While there, the group asked if they could join the circus because they thought the publicity will help them let Asirpa know that Sugimoto is alive.

They were allowed to join, although only Koito knows how to perform some acrobatics. Thus, Sugimoto opted for the "harakiri" act performance while Tsukishima and Tanigaki joined the ladies in their dancing act that is being handled by mistress Fumie.

On the day of their performance, three Russians caused chaos by interrupting the show and tried to kill Sugimoto. But as the great war veteran, as he is, he was quick and killed the two instead using his sword while Tsukishima killed the third person. The surviving Russian told them that their target is really Yamada, an Imperial spy.

They were lucky because the circus was really published in the local newspaper. The article mentioned about the spectacular harakiri act of the "Immoral Sugimoto"; thus, they are hoping Asirpa will read this somehow.

Now, in the upcoming “Golden Kamuy” season 3 episode 5 titled “The Border,” it is expected that the young Ainu huntress and the deuteragonist will learn that Sugimoto has returned, and he is well and alive. Yamada may also be in danger as his identity is revealed, but Fumie is there to protect him.

“Golden Kamuy” season 3 episode 5 will air on Nov. 2 as posted on Your Countdown. This season is set to conclude in December after 12 episodes, and season 4 will follow.