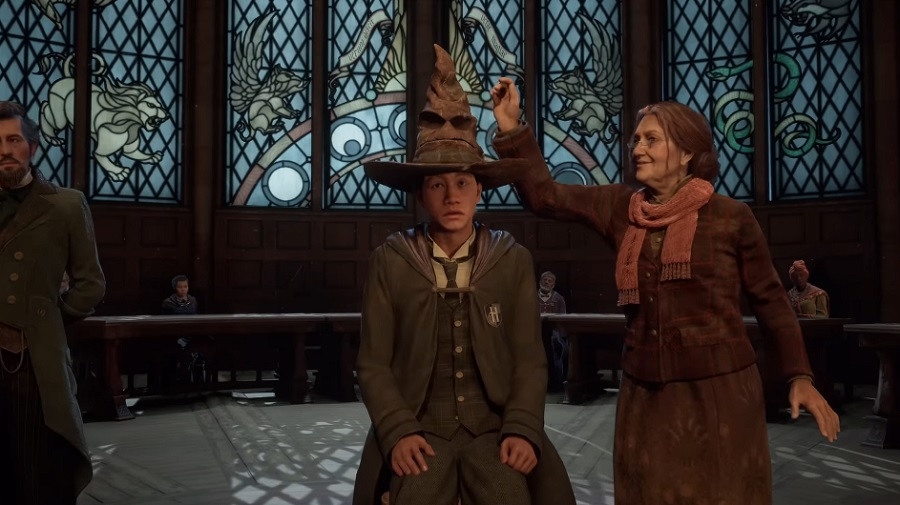 While "Hogwarts Legacy" will launch on PC and various consoles, developer Avalanche Software confirmed the game would have exclusive features made possible by the DualSense controller. Just like in the "Harry Potter" books and movies, wands will be one of the main tools players will use in the game. And the game will leverage the features on the PS5 controller to make players feel like they are actually handling a wand when casting spells.

Avalanche's Chandler Wood detailed in a PlayStation Blog post on Tuesday how the DualSense controller will help make the "Hogwarts Legacy" more immersive. The controller's adaptive triggers will come into play when players are casting spells and summoning charms in the game.

"Spells will feel unique when you cast them, thanks to haptic feedback providing a direct connection between the DualSense controller and your wand," Wood said. Players will feel these effects on the right side of the controller to mimic the experience of holding a wand with just one hand. Avalanche has also added a "sizzling" effect on the controller when "Hogwarts Legacy" players protect themselves from spells using the Shield Charm.

The DualSense haptic feedback and adaptive triggers will also work on other activities in "Hogwarts Legacy." The controller will support special effects when players are crushing ingredients for a Potions class assignment, handling a screeching Mandrake, and flying on a broom or a hippogriff.

The built-in lights on the DualSense controller will also flash whenever players cast spells or take damage from their opponents. But when a wand is not in use, Avalanche said the lights would pulse with colors that represent the player's chosen Hogwarts house. These colors will be blue and bronze for Ravenclaw, scarlet and gold for Gryffindor, green and silver for Slytherin, and yellow and black for Hufflepuff. Players can choose a Hogwarts house or stick with what the Sorting Hat has chosen for them when starting "Hogwarts Legacy."

Long-time "Harry Potter" fans will revisit some familiar elements from the series. For example, the game's fast travel will be done through the Floo Network. But players can also use a broom for transport if they want to enjoy the surroundings.

"Hogwarts Legacy" will be released on PC, PS4, PS5, Xbox One, Xbox Series X/S, and Nintendo Switch. Avalanche has yet to announce an exact release date but reiterated that the game would launch in holiday 2022, which usually means sometime in the last quarter of the year.