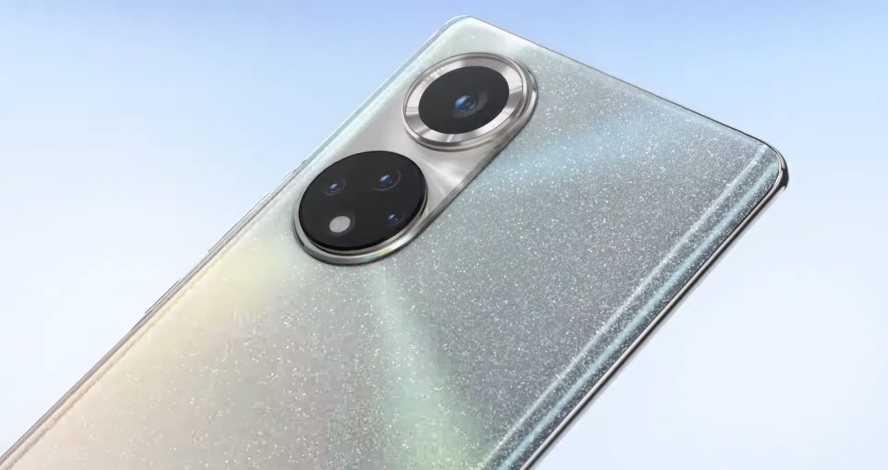 The Honor 60 series is still hours away from getting launched, but its technical specifications and design details have already leaked. The company is expected to reduce the number of rear cameras to three while keeping a 108MP shutter as the primary sensor.

Honor 60 renders have already appeared online, thanks to one of the well-known leakers on Twitter, Ishan Agarwal. The overall layout of both the regular model and Honor 60 Pro appear very similar to their predecessors. At least two of the color options have a sparkly finish on the back, while the green variant seems to have a chrome appearance.

The large pill-shaped camera enclosure on the back will return in the Honor 60 series. However, the positioning of the sensors and the LED flash was changed. The flash is expected to be placed outside the camera bump, two of the cameras are placed in each circular cutout, while the smallest lens is located in the middle.

Agarwal reported that the Honor 60 and Honor 60 Pro will still feature a 108MP lens as the main camera, along with an 8MP ultra-wide angle sensor. The smallest lens is likely the 2MP depth camera. The renders show there will only be three rear cameras for the upcoming series, and based on the leaked specs, Honor seems to have removed the 2MP macro lens from the Honor 50 line.

Another hard-to-miss change in the Honor 60 is the lack of a dual-lens selfie camera for the Pro model. The devices are expected to sport a front-facing 32MP sensor.

As for the color options, the next phone series is expected to offer three main colorways, namely Juliet, Starry Sky Blue, and Jade Green. Other leaks suggest the Honor 60 Pro could be available in a “Bright Black” color option.

As for the core specs of the Honor 60 series, the devices are expected to be powered by Snapdragon 778G. The base model reportedly has a 6.67-inch OLED FHD+ display, 4800mAh battery with up to 66W fast charging, and would ship with pre-installed Android 11-based Magic UI 5.0 operating system.

Tech fans do not have to wait long to hear about other details, especially what makes the Honor 60 Pro a more superior device. The series is slated to launch in China on Wednesday, Dec. 1.