‘Horizon Forbidden West’ PS5 upgrade is free, but it will cost $10 for other upcoming first-party games 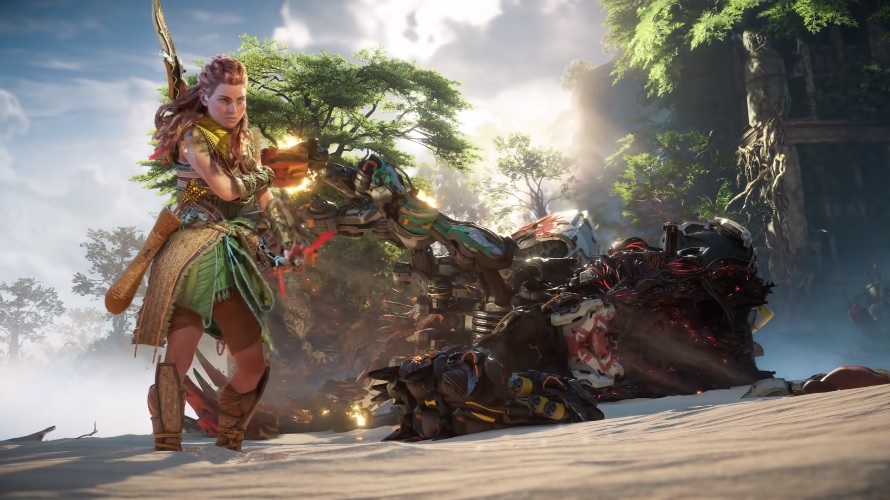 Sony has now set a standard policy for the PS4 to PS5 upgrade, or Dual Entitlement, on upcoming PlayStation Studios games. While there will be no additional costs in the case of “Horizon Forbidden West,” the company has set a standard $10 fee for other future first-party titles.

A few days after the "Horizon Forbidden West" pre-order went live on Thursday, Sony issued an update penned by SIE president Jim Ryan to clarify the game's PS4 to PS5 upgrade offer. Ryan admitted Sony "missed the mark" and handed a peace offering to disgruntled fans by confirming, "Players who purchase ‘Horizon Forbidden West’ on PlayStation 4 will be able to upgrade to the PlayStation 5 version for free."

Sony immediately faced backlash when it announced the “Horizon Forbidden West” pre-order editions. The Thursday announcement revealed that the promised free Dual Entitlement would be available on certain packages only.

In the initial announcement, only the $80 cross-gen Digital Deluxe Edition, $200 Collector's Edition, and $260 Regalla Edition were confirmed with the free "Horizon Forbidden West" upgrade from PS4 to PS5. Sony did not originally plan on including Dual Entitlement in the $60 PS4 Standard Edition and the $70 PS4 Boxed Special Edition.

It did not sit well with many fans, especially when Ryan said when PS5 launched in September 2020 that launch games "Horizon Forbidden West," along with “Marvel’s Spider-Man: Miles Morales” and “Sackboy A Big Adventure,” would ship with free Dual Entitlement. “The PS4 digital versions of launch games include a free upgrade on both PS5 consoles, while the PS4 disc versions of these games include a free upgrade on the PS5 with Ultra HD Blu-Ray disc drive,” Ryan said in a blog post at the time.

However, the free PS4 to PS5 upgrade appears to be an exclusive offer on "Horizon Forbidden West." Ryan confirmed that it will not be applied to other upcoming PlayStation games.

Ryan announced that after what happened with "Horizon Forbidden West," all titles published by Sony Interactive Entertainment launching on both PS4 and PS5 will have a $10 "digital upgrade option." This will apply to the upcoming "God of War" and "Gran Turismo 7."