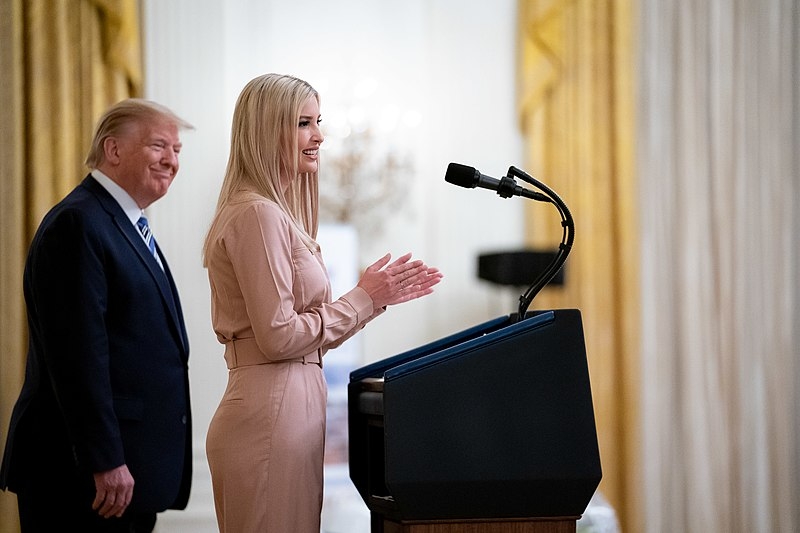 Former National Security Adviser John Bolton’s upcoming memoir, The Room Where it Happened, was full of revelations about the Trump administration, including the activities of certain officials, like first daughter Ivanka Trump. Trump’s emails have become the subject of attention once again due to allegations that were detailed in the book.

Nonpartisan watchdog American Oversight previously obtained copies of Ivanka’s emails back in 2017 via the Freedom of Information Act. The emails revealed that the senior White House adviser was already conducting government business way before her father Donald Trump appointed her to become a government official. Walter Shaub, former U.S. Office of Government Ethics head, tweeted the images of two of Ivanka’s messages to government officials via private email. One of those messages was to Education Secretary Betsy DeVos.

Another message that was placed back in the spotlight was that she referred to a White House official as her chief of staff prior to becoming a White House adviser.

The emails are resurfacing into the spotlight following the allegations made by Bolton in his book. Bolton claimed that Donald Trump defended Saudi Arabia following the death of Jamal Khashoggi in order to divert attention from Ivanka conducting government business using her personal email. Coincidentally, 2016 presidential candidate and former first lady Hillary Clinton’s email server was something Trump had used against her during his campaign rallies.

Ivanka is also mentioned in another book, The Art of Her Deal: The Untold Story of Melania Trump by Mary Jordan of the Washington Post. Based on 100 interviews, the book described a power struggle between Ivanka and her stepmother, first lady Melania Trump. It also revealed Ivanka’s supposed attempt to assert influence in the White House, the notable example being trying to rename the first lady’s office in the East Wing as the First Family’s Office.

However, Melania supposedly went against the move. While it was known that Melania did not immediately move into the White House following her husband’s inauguration, Ivanka supposedly made herself very comfortable in the facilities in the White House while the first lady was still in New York.

The book also revealed that she and her stepmother also had nicknames for each other. Melania called her “The Princess” while she called Melania “The Portrait.”