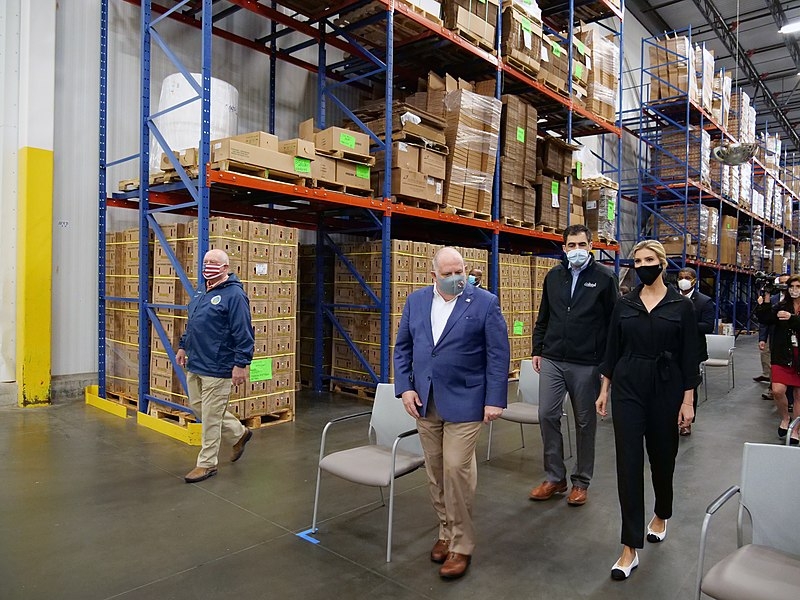 President Donald Trump’s eldest daughter and White House adviser Ivanka Trump was revealed to be the brains behind the president’s controversial photo op in front of a church in the midst of ongoing protests. For the first time since the widely-criticized move, Ivanka paid a visit to black faith leaders in Pittsburgh.

The Daily Mail reports Ivanka traveled to Pittsburgh, Pennsylvania on Tuesday to meet with African-American religious leaders, marking her first trip since she was revealed to be the brains behind her father’s widely-criticized photo op. The White House adviser visited the Pentecostal Temple Church of God in Christ along with Agriculture Secretary Sonny Perdue, the presidential faith adviser Pastor Paula White, and White House Opportunity and Revitalization Council head Scott Turner.

Their visit tackled race relations and the fallout of the coronavirus pandemic, along with a food giveaway as part of the Farmers to Families Food Box Program. The food program aims to help Americans living in rural or underserved communities that were highly affected by the economic collapse due to the coronavirus.

The first daughter tweeted photos from the visit. “Thank you Bishop Mann for hosting us at the Pentecostal Temple Church of God in Christ in Pittsburgh, PA. Through amazing faith-based organizations such as yours our #FarmersToFamilies food box program has delivered over 20m boxes of fruit, meat, and dairy to families in need!” wrote Ivanka.

She later quote-tweeted the tweet with another caption. “Black churches are great forces for justice, equality, and human dignity in our nation. I was grateful to listen and learn from faith & community leaders how together we can bring about healing and holistic revitalization to underserved communities across the nation.”

In the book by Washington Post reporter Mary Jordan, The Art of Her Deal: The Untold Story of Melania Trump, excerpts that have been published online have revealed that there was some sort of power struggle happening between Ivanka and her stepmother and first lady Melania Trump. The book reveals that the first lady and the first daughter have nicknames for each other. Melania calls Ivanka “The Princess” while Ivanka calls her stepmother “The Portrait” because of her quiet nature.