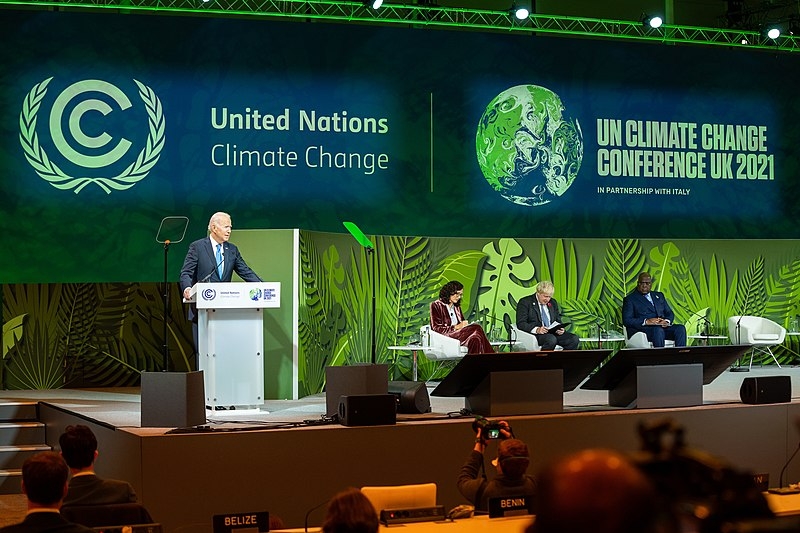 US President Joe Biden attended the recent COP26 climate change conference this week, meeting and engaging with his foreign counterparts. On the sidelines of the summit, Biden also got to meet with Scottish First Minister Nicola Sturgeon.

Sturgeon revealed to the press that she got to meet Biden at a Kelvingrove Art Gallery and Museum. The event itself was attended by leaders and royals, with the US leader among those who were present. Despite not having a seat at the United Nations event, Sturgeon has made appearances in other events to promote her administration’s climate change policies.

“I spoke to him briefly last night at Kelvingrove,” said Sturgeon. “I welcomed him to Scotland. We had a very brief conversation about the climate discussions that are underway here. I spoke to a large number of the leaders.”

Biden was among the world leaders present at the event hosted by the UK. The US leader has sought to make combating climate change a priority under his administration, with congressional Democrats including provisions that would tackle the issue in the Democratic-led Build Back Better social infrastructure bill. The bill has yet to pass Congress but is already at its last stretch of negotiations.

Biden also rejoined the US in the Paris Climate Accords, reversing the withdrawal made by his immediate predecessor Donald Trump.

Another reversal Biden appears to be hoping to make regarding the nuclear deal with Iran. Trump withdrew the US from the agreement and instead imposed sanctions on the Islamic nation. Iran’s Supreme National Security Council leader announced Wednesday that a return to the agreement would be met if the US under Biden does not abandon the deal again.

“The US President, lacking authority, is not ready to give guarantees. If the current status quo continues, the result of negotiations is clear,” tweeted Ali Shamkhani Wednesday.

Iran’s top nuclear negotiator Ali Bagheri-Kani previously announced that talks regarding the nuclear agreement would resume at the end of November. This follows an effort by six countries and Iran to restart discussions in Vienna to reinstate the deal. The talks were put on hold when Iran inaugurated its new president Ebrahim Raisi.