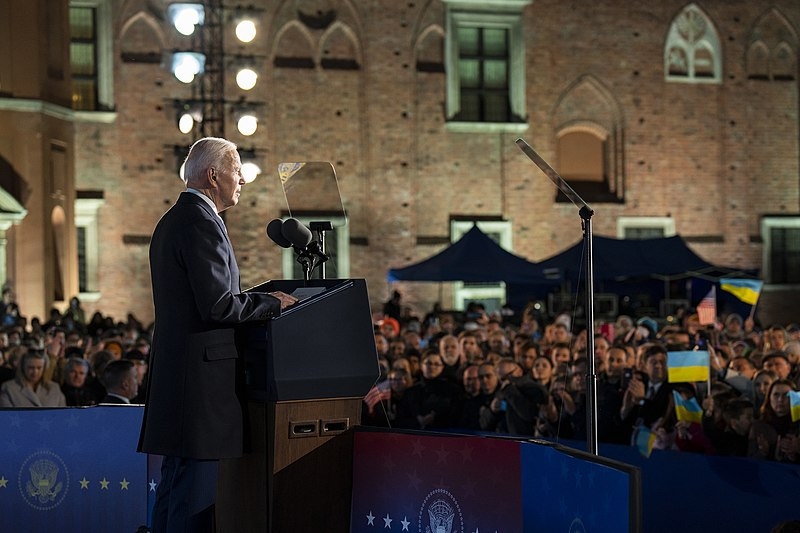 US President Joe Biden has led the efforts of the West in coordinating a response to Russia’s unprovoked invasion of Ukraine. In a recent event, Biden expressed concern that Russian leader Vladimir Putin has no way out of his war with Ukraine and how the West could respond to that situation.

Speaking at a political fundraising event in Washington Monday Monday, Biden described the Russian dictator as a calculating man as he said he was worried that Putin does not have a way out of his war on Ukraine. The US leader also said he was trying to figure out how to respond to such a situation.

Biden also said that Putin was under the belief that his invasion of Ukraine would break up not only the NATO alliance but also the European Union. NATO and the EU have instead rallied towards making coordinated responses to pressure Moscow into stopping the conflict.

This comes as the war in Ukraine is moving towards its third month since Putin ordered a “special military operation” back in February. Russia has since been hit with sanctions from the West that also target the country’s oligarchs who have ties to the Kremlin.

Ukraine has also resisted Russia’s efforts to take control of the country but has launched an offensive from the east in an attempt to seize Ukraine’s southern and eastern territories.

In other related news, Biden’s administration is also looking to tackle the growing issue of inflation. The US leader this week said he could drop some of the tariffs that were imposed on Chinese imports during the Trump administration to help keep consumer prices in the country under control.

The White House is reviewing penalties imposed under Biden’s predecessor Donald Trump which led to increased prices on everything from diapers to furniture. The administration may consider dropping the penalties altogether, said Biden in his address this week.

“We’re looking at what would have the most positive impact,” said the US leader, noting that removing tariffs is under discussion. Biden stressed that COVID-19 protocols at home and abroad, combined with Putin’s invasion of Ukraine, was what led prices in the US to rise since the 1980s.