Jungkook line up alongside Brad Pitt, Michael B. Jordan and Harry Styles as the winners in People’s ‘Sexiest Man Alive 2020’ poll 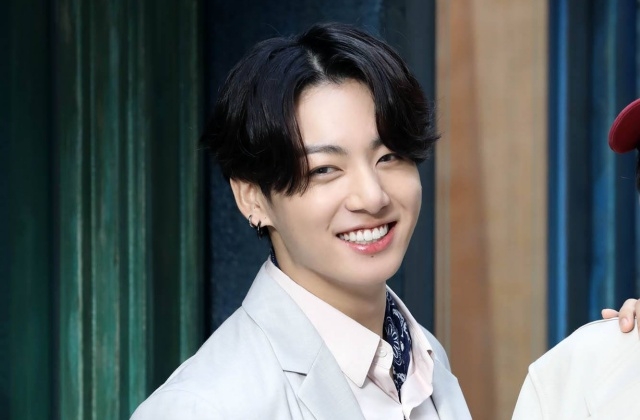 Jungkook made it to the list of the 2020 Sexiest Man Alive list by People’s magazine. In the latest issue of the publication, the BTS member appeared on the cover with international superstars Brad Pitt and Harry Styles.

Jungkook’s win in the People’s poll

The winners of the Reader’s Choice poll for the sexiest men have been revealed and under the category that Jungkook was a nominee which is the “Sexiest International Man,” the 23-year-old won against well-known personalities like country singer Keith Urban and more.

“We may not have had the Olympics this year, but the international competition was fierce among Jungkook (South Korea), Dan Levy (Canada) Keith Urban (Australia), Matthew Rhys (Wales) and Paul Mescal (Ireland) - with the BTS star taking home the win,” the caption on the candidates’ page reads.

With his win, Jungkook’s photo on various outlets is now being lined up with the likes of Chris Evans, Prince Harry, Joe Jonas, Ryan Reynolds and more. Truly, the BTS maknae has been building his name in the international scene even if he is solo.

Jungkook: Which one he values more - dating or sleep?

Meanwhile, Dave Holmes of Esquire sat down with BTS for an interview as the boy band was featured as the magazine’s cover for its 2020/21 issue. The talk was done via Zoom and the group revealed a number of interesting things about them.

Most fans would like to know about the members’ love life but as usual, that topic has always been a restricted zone. But then, each one already said that they are singles since there is no time to date anyway.

At one point during the interview, Jungkook just confirmed that they are not free to date because of their work and besides they chose not to date as they have many things to do. In other words, their focus right now is their career.

To prove that their career is the no. 1 priority over love life, Jungkook hilariously said that sleep is more important for him and the rest of the members! Rather than dating, they would prefer to rest and spend their free time catching up some sleep.