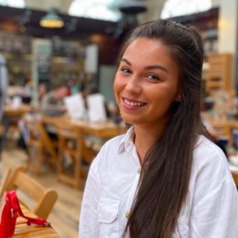 One year since Narendra Modi’s government scrapped the special status that Kashmir had held for decades, Kashmiris remain deeply concerned about their future. In late March, while India was under a coronavirus lockdown, the government of Modi’s Bharatiya Janata Party (BJP) redefined domicile rules for Kashmir. This made it easier for non-Kashmiris to obtain permanent residency and jobs in the region.

Reports in June suggested 25,000 people had already been granted domicile certificates under the new rules. These people now have the ability to apply for jobs, buy land, vote and own property in Kashmir.

Since August 2019, the Indian government has clamped down on life in Kashmir by imposing curfews and limiting communications. The extension of a de-facto state of emergency in Kashmir has resulted in the harassment of journalists, additional military checkpoints, a surge in search operations and increased reports of detention and torture under the draconian Public Safety Act. A coronavirus lockdown has added further restrictions on movement.

Until August 2019, Article 370 and Article 35A of India’s constitution protected Kashmir’s right to self-determination and provided the state with its own autonomy and legislature. Having the ability to define its permanent residents prevented non-Kashmiris from applying for jobs or scholarships in the region, and from buying land. This meant that indigenous Kashmiris had certain benefits and privileges as permanent residents.

A domicile certificate has become mandatory for education, employment and housing in Kashmir – whereas before, Kashmiris only needed a permanent residence certificate (PRC).

However, India redefined domicile via the Jammu and Kashmir Reorganisation Order (2020). Under the new law, non-Kashmiris and their children are now eligible for domicile if they have served as government officials in the region, or worked in the public sector, including banks and universities for a period of 10 years. They can also claim Kashmir as their place of domicile if they have lived in the region for 15 years, or have studied for seven years in educational institutions located in Kashmir and have taken their exams there. Non-Kashmiri eligibility also covers members of the Valmiki community, a lower-caste Hindu community who were promised a PRC in 1957, and refugees from West Pakistan who are registered as migrants under the Relief and Rehabilitation Commission.

Kashmiris who want to prove they are domiciled have to provide an affidavit and a PRC, which can be a lengthy procedure – especially under curfew. The new rules have put pressure on permanent residents to obtain a new domicile certificate now that a PRC is no longer sufficient to access education, employment or buy property.

But to achieve domicile status and prove their eligibility, non-Kashmiris now only have to provide either a ration card, educational records, or an employer certificate, all of which can be obtained with relative ease. There are few checks and balances for non-Kashmiris, who can now be granted a domicile certificate by a tehsildar (junior bureaucrat). Tehsildars can be fined if they don’t issue certificates within 15 days.

The new domicile law met with mixed reaction from Kashmir’s political parties. While the BJP claimed that the new law was part of its efforts to secure jobs in Kashmir, it actually acts against the interests of unemployed youth in Kashmir. Indian citizens who obtain domicile in Kashmir will now be able to apply for jobs that have previously been reserved for permanent Kashmiri residents.

I’ve been speaking with local Kashmiris as part of my own ongoing PhD research on the changing nature of conflict in Kashmir. My interviewees believe that the new laws are a method of converting a Muslim majority region into a Hindu majority region by encouraging Hindus from mainland India to move to Kashmir.

One told me this will have “grave implications” for Kashmir if widespread demographic change occurs. He was concerned that if Kashmir ever has the referendum on self-determination it was promised back in 1947, Kashmir will sway towards India because it will have a Hindu majority. Others said the change was completely unconstitutional, would incite systematic exclusion of Kashmiri Muslims, and encourage further human rights abuses because it disregards the rights of indigenous Kashmiris who had no say in the rule change.

The timing of India’s decision was strategic. COVID-19 has acted as the perfect smokescreen to divert attention away from the human rights situation in Kashmir. Due to the lockdown rules and repressive measures imposed to combat the pandemic, Kashmiris cannot voice their dissent with the new law.

Unless Kashmiris are given the right to self-determination and the ability to vote on such new laws, India will continue to have full autonomy over Kashmir’s indigenous population and will achieve its goal of creating a “Naya” – new – Kashmir, which was part of Modi’s election manifesto and is part of the wider BJP Hindu nationalist agenda. This is the start of a very dark chapter for Kashmir indeed.