Katie Holmes is losing her fortune; Suri Cruise’s mom is allegedly going broke and can’t keep up with her lavish lifestyle anymore 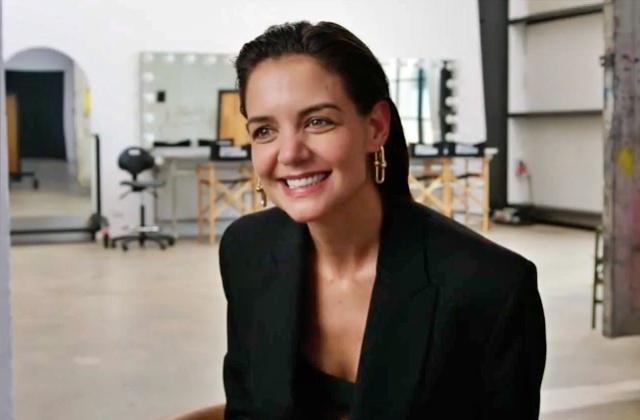 Katie Holmes was reported to be going broke and could no longer afford the kind of lavish lifestyle that she has come to be accustomed to. It was said that she has problems with cash flow now and this is a big problem because she is said to need over $50,000 budget per month.

This is because she is renting an apartment in New York for $25,000 and sending her daughter Suri Cruise to a school that costs around $56,000 a year. And this is not all, she usually stocks her wardrobe with a high-end line of clothes so will be forced to tone down.

As per the report that was published in Star magazine, Katie Holmes is really having a hard time after becoming a single mom. She needs more income and her paychecks are not fully coming from her acting jobs because she doesn’t have a lot of projects in Hollywood.

She is running out of money and her funds are depleting fast. “Her career is going through a mini-slump,” the insider revealed to the magazine.

Due to her situation, it was alleged that Katie Holmes was forced to accept even small jobs. Although it will not give her a fat bank account, this will allow her and her daughter to at least get by.

"The talk is she's pulling in $20K for red carpet events and she wants to do a lot more," the tipster explained since there are no acting gigs coming her way. "She heard Kim Kardashian gets $100K just to show up to a Vegas nightclub and she's eager to get in on that too."

The truth about Katie going broke

Now, Gossip Cop just dismissed this story because there is no evidence that proves Katie Holmes is going broke. Also, it is insulting to say that she is living paycheck to paycheck because her divorce from Tom Cruise alone has surely given her a fat bank account.

She also doesn’t have to spend on Suri Cruise’s schooling as this is definitely being shouldered by her superstar ex-husband. Besides, Katie Holmes has several projects these days, she has been in films and soon, fans will see her in Matt Reeve’s “Batman Begins,” starring Robert Pattinson as the main lead.