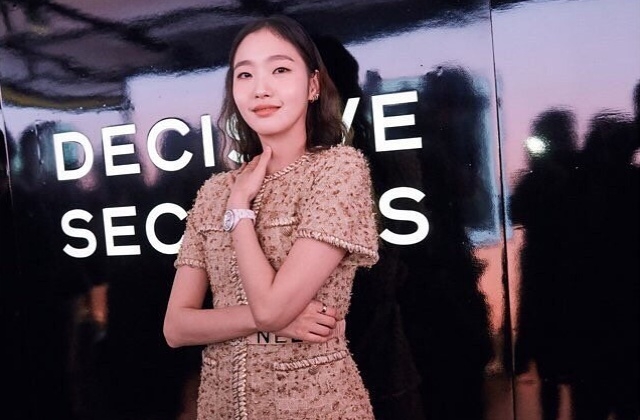 Kim Go Eun is set to star in another drama that everyone is already predicting to be a hit. This is because, on top of recruiting the actress as the lead, the webtoon where it will be based is also popular.

Kim Go Eun was confirmed to have accepted the offer on Dec. 31, as mentioned in South Korea’s publication Newsen, she will be the lead star in the drama titled “Yumi’s Cells.” The 29-year-old actress will play Yumi, an office worker.

“Yumi’s Cells” will present a storyline about an ordinary office worker. She finds it hard to express her feelings, but as she deals with life and goes through experiences in love and career, she slowly learned to be happy and appreciate even the smallest things to enjoy her life.

Kim Go Eun said that the original webtoon is really popular. She thinks that many people like it because they can really relate to the story.

“I think the reason why the love story of the ordinary woman Yumi was able to make a lot of people cry and laugh over such a long period of time was because of how relatable it was,” Go Eun said. “I’m looking forward to her future journey.”

This new drama that will star Kim Go Eun will be directed by Lee Sang Yeob, who is also known to have handled many great dramas such as “Shopping King Louie” and “Familiar Wife.” This upcoming webtoon-based drama was co-written by Song Jae Jung of “Find Me in Your Memory,” Kim Yoon Joo of “Memories of the Alhambra,” and rookie writer Kim Kyung Ran.

As per Allkpop, the production and filming is expected to start in early 2021, which means it could be in January or February. Fans of the webtoon can look forward to a fantastic production of the drama version because CGI animation effects will also be working on this project.

Meanwhile, Kim Go Eun previously starred with Lee Min Ho in the drama “The King: The Eternal Monarch” that aired from April to June.