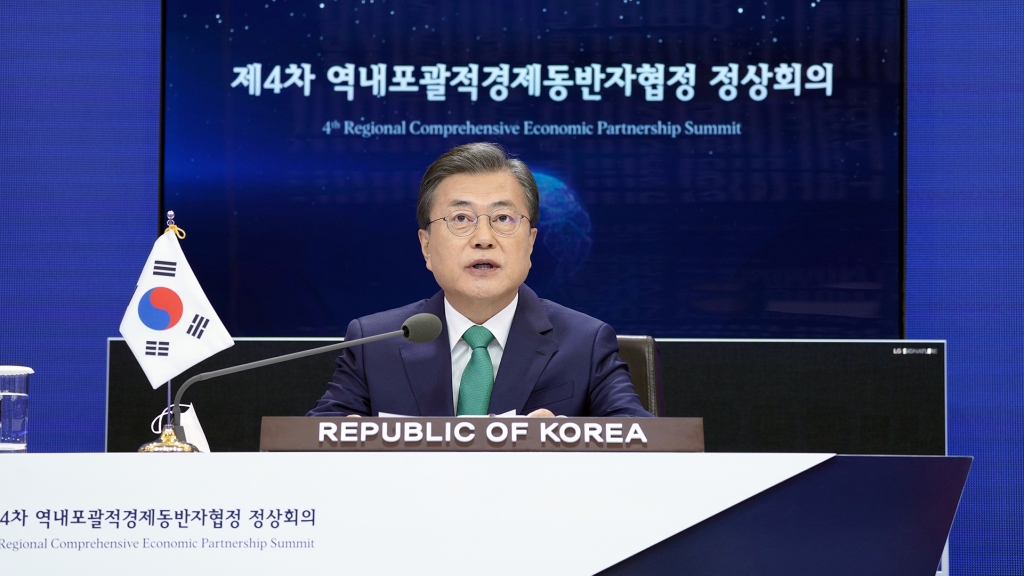 The RCEP could help the Korean economy grow by 0.41 to 0.62 percent due to the reduction of tariffs on goods.

South Korea's inclusion in the Regional Comprehensive Economic Partnership is expected to benefit its companies through the elimination of tariffs and protection of its intellectual property rights in the region.

Companies that would most benefit are those in the steel, automobiles, and electronics industries.

RCEP is made up of 10 Southeast Asian countries, Australia, New Zealand, South Korea, Japan, and China.

The member countries cover nearly a third of the global economy. They have a combined nominal gross domestic product of $26.3 trillion and a combined trade volume of $5.4 trillion

According to the Korea Institute for International Economic Policy, the RCEP could help the Korean economy grow by 0.41 to 0.62 percent due to the reduction of tariffs on goods.

Under the pact, Thailand, Indonesia, and the Philippines will remove tariffs on automobile parts such as wheels, airbags, and seat belts.

Indonesia, where Hyundai Motor is building an automobile plant, will eliminate auto part tariffs by up to 40 percent.

Tariffs will also be removed for cargo trucks or small cars in some countries.