Malia Obama, Sasha Obama: Did Barack Obama’s daughters burn a US flag during a protest? 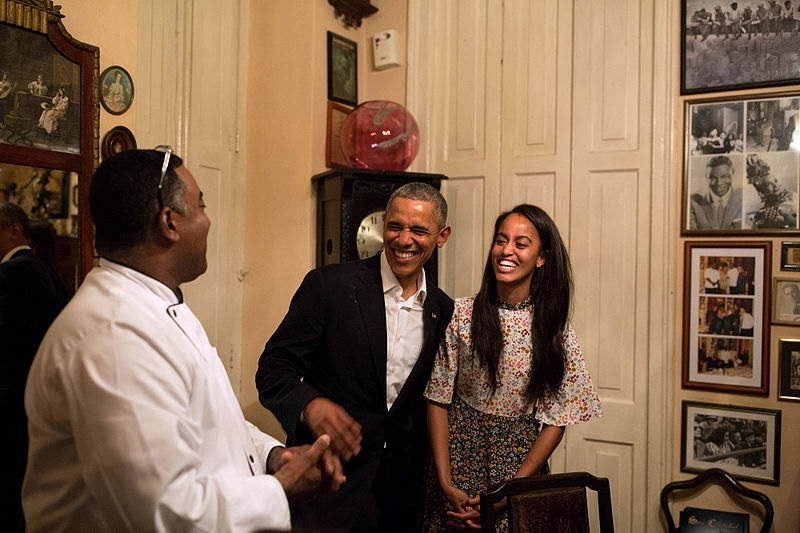 Barack and Michelle Obama’s daughters are still making headlines years after the family left the White House. However, the things being written about the young women are not always accurate.

Most recently, a blog post went around online claiming that Malia Obama and Sasha Obama burned a United States flag while joining an anti-racism protest in Washington, D.C. Massive anti-racism protests have been going on across the United States for almost the past month following the death of George Floyd while being arrested by four police officers in Minneapolis, Minnesota.

A link to the said post has been shared on Facebook leading to a now-archived blog that claimed Malia, 21, and Sasha, 19, expressed “anti-American sentiment that will surprise precisely no one” by burning a US flag. It further stated that the Obama sisters were spotted kneeling from across the White House while donning Black Lives Matter shirts, singing “Amazing Grace,” and holding hands with other people in the protest.

A couple of fact-checking media outlets, however, ruled that the blog post’s content was false. Check Your Fact pointed out that there is no evidence online to support that Malia and Sasha Obama had joined any Black Lives Matter protest. PolitiFact added that the blog content passed around Facebook was a verbatim copy of a post from the satire site BustaTroll.

It would not have been the first time Malia Obama is seen joining a protest action, though. It can be recalled that she was spotted at the Sundance Film Festival in 2017 in an event held against the construction of the Dakota Access Pipeline (DAPL). People feared that it posed threats to the sources of safe drinking water in the area and would dishonor sacred grounds as it passes through the Standing Rock reservation.

Malia Obama has appeared on tabloid pages more often than her sisters, especially after she left the White House and when she started going to college. However, Michelle and Barack Obama’s eldest daughter has never really had a formal media appearance until the release of her mother’s Netflix documentary “Becoming.”

The Harvard University student appeared in one clip visiting her mother backstage during Michelle Obama’s speaking tour to promote her same-titled memoir. Toward the end of the documentary, Malia Obama appears again with her sister for a brief sit-down interview.