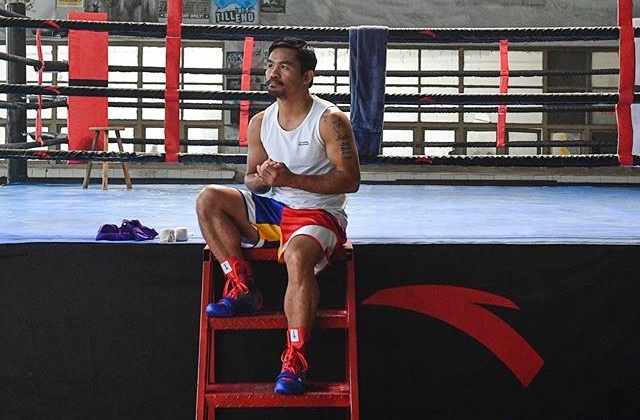 A fight between Manny Pacquiao and Floyd Mayweather has been constantly pitched since they faced each other in 2015. The latter won by unanimous decision, and boxing fans are clamoring for a rematch, especially because they were not satisfied with what the undefeated American boxer has shown in the ring.

In fact, many fans, observers, and boxing aficionados think that Manny Pacquiao should have won because he was the only one who appears to really be fighting while Mayweather just keeps dodging and running around. A re-match between the two has been frequently rumored to take place, and Mayweather even posted a video on social media where he said he is going to Saudi Arabia to discuss about the fight.

But it turned out that this teaser was only posted for money. Floyd Mayweather that he uploaded the video, not because of a potential fight but that single upload earned him $2.2 million.

“There is a video circulating that I made 8 months ago about a ‘MAYWEATHER – PACQUIAO’ REMATCH. I got paid $2,200,000 to make the video,” he wrote on IG that has been deleted now. “The truth is, the fight will never happen again. Now, who’s the smart one? I’m making millions just for 10-second video drops.”

New update about a possible rematch

Now, the Floyd Mayweather and Manny Pacquiao fight has surfaced once again this year. As per The Sun, there is a multi-million dollar offer for a fight in the Middle East, but the coronavirus pandemic hampered the plans.

But in reality, the World Boxing News reported that Mayweather will never get in the ring with Pacquiao ever again. There will be no rematch, and this is final as the American no longer has any interest in returning to fight with active boxers.

Meanwhile, Manny Pacquiao may be facing MMA champion Conor McGregor next year. Based on the reports, the discussions about the fight are ongoing, but there is no official announcement yet as of this time.