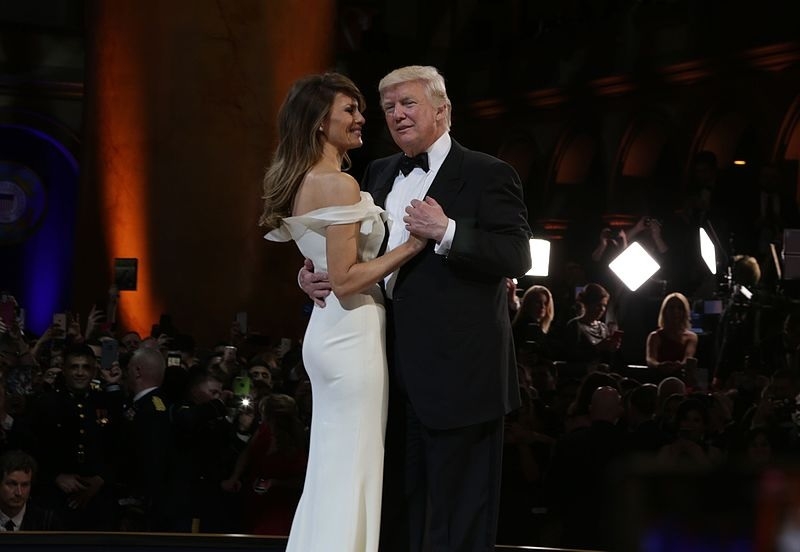 A new biography focused on United States First Lady Melania Trump is also painting a slightly different picture of her relationship with President Donald Trump. While the author maintains that two have a very complicated relationship, it is reportedly something that works for them and that they are happy the way it is.

Pulitzer Prize winner and Washington Post reporter Mary Jordan released earlier this month a Melania Trump biography called “The Art of Her Deal” based on over a hundred interviews for the book from former White House staffers and people close to the first couple. The title is a word play on Donald Trump’s popular 1987 book “The Art of the Deal” with journalist Tony Schwartz.

Jordan wrote that the Trumps do share a complicated marriage in the sense that they do not spend much time together as a typical married couple would. The author added that Melania Trump seldom goes into her husband’s office in the White House. However, it is a set up that reportedly works for them because they are both “loners.” “They’re perfectly happy to be separated,” Jordan further wrote.

However, this rather unusual arrangement does not necessarily mean they do not work as a couple. Jordan maintained that Melania Trump always follows her husband’s speeches by watching them on TV and Donald Trump would always call her wife first after speaking at rallies.

This is a refreshing take on Melania Trump and Donald Trump’s marriage, which has been often described as a rather cold relationship. “They have a very unusual relationship, but there is a bond there,” Jordan further wrote.

In another excerpt from the book, Donald Trump was reportedly “annoyed” not seeing Melania Trump in the East Wing during the first months of his presidency. Friends of the POTUS were also purportedly frustrated when the first lady did not move to the White House from New York until June 2017 for a couple of reasons.

First, they were upset that her absence in their official residence sparked relentless rumors about their supposedly cold relationship. Second, they want the first lady to be with Donald Trump in the White House because they believe she makes her husband “calmer.” Meanwhile, Melania Trump’s chief of staff Stephanie Grisham has shut down Jordan’s books as a work of fiction.