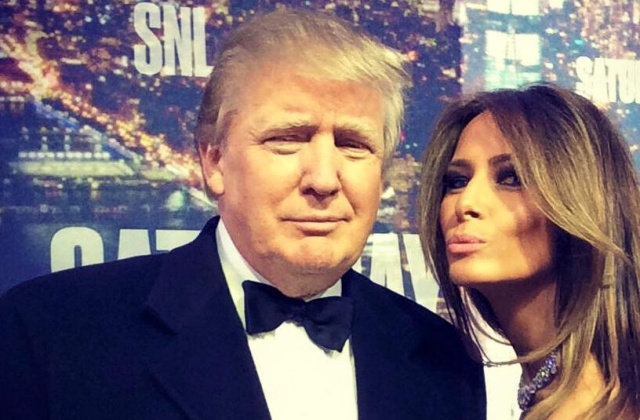 Melania Trump has always been rumored to have a cold relationship with her husband, Donald Trump. She is also one of the famous personalities who receives many mean and hurtful comments that attack her character and most of the time, intelligence.

The public perception of Melania

The First Lady is also a victim of conspiracy theories like being accused of having body double who appear on events on her behalf. Due to this allegation, the hashtag #FakeMelania even trended when the news as really ripe.

Not long ago, author Mary Jordan also published a tell-all book about Melania Trump. It was titled “The Art of Her Deal: The Untold Story of Melania Trump,” and in this publication, the FLOTUS was depicted as an unhappy wife who is trapped in the White House and in the hands of her husband. For this depiction, #FreeMelania also trended on social media.

Moreover, in various papers, they publish photos of the First Lady that shows she is not in good terms with Donald Trump. There were lots of images where they describe Melania Trump and the POTUS’ marital relationship as cold and distant.

However, a famous British hairstylist Lino Carbosiero told Kate Willis of the Evening Standard over Zoom that Melania Trump is far from who the people depict her to be. He said that he could say this because he personally met her last year when he was invited to style the FLOTUS during Donald Trump’s presidential state visit to the UK.

“Me and my assistant have never been treated so well by anyone as we have by the President and the First Lady and I don’t just mean financially,” he told Willis. “You are literally checked on constantly - ‘Are you OK?’ ‘Would you like a drink?’ Nothing is a problem.”

Carbosiero also claimed that Melania Trump is not powerless at all, and he thinks, she is influential. In fact, he said that she has a “balancing influence” on the POTUS despite the rumors that she is being controlled by her husband.

Comments on Donald and Melania's relationship

The hairstylist was also asked about what he thinks of Melania and Donald’s relationship. Perhaps, this was asked because it was always reported that the two are ready to divorce once they step down from the White House. He said that all the stories that say they are not in good terms are just rubbish because what he saw is a “sweet couple.”

“It’s rubbish what they say about the First Lady and the President not being in love,” he explained. “I’ve seen them close up and they’re so sweet to each other and very close.”