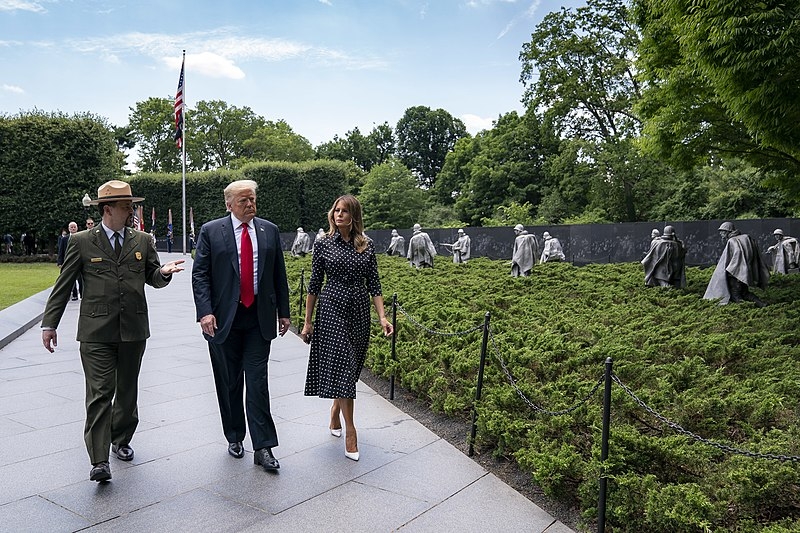 President Donald Trump and his administration have constantly faced criticism as of late towards the stance on recent protests that are calling to end racism. Upon the decision of New York City to paint Black Lives Matter in front of Trump Tower, Trump criticized the city’s decision calling the famous slogan a hate symbol.

Politico reports that Trump ranted about the city’s decision to paint the slogan on Twitter, saying that it was further antagonizing the local police, saying that its mayor, Bill de Blasio, hates and disrespects the force. Trump also noted that the city is slashing funding for its police departments by $1 billion.

“NYC is cutting Police $’s by ONE BILLION DOLLARS, and yet the @NYCMayor is going to paint a big, expensive, yellow Black Lives Matter sign on Fifth Avenue, denigrating this luxury Avenue. This will further antagonize New York’s Finest, who LOVE New York & vividly remember the horrible BLM chant ‘Pigs In A Blanket, Fry ‘Em Like Bacon.’ Maybe our GREAT Police, who have been neutralized and scorned by a mayor who hates & disrespects them, won’t let this symbol of hate to be affixed to New York’s greatest street. Spend this money fighting crime instead!” said Trump.

Speaking to the media, de Blasio said that the painting would be completed over the coming days. De Blasio’s office ordered the painting of the slogan last week, and the New York mayor explained that he wants Trump to hear the slogan as he has supposedly shown ignorance and disrespect towards the meaning. Activists have called Trump’s defiance of the slogan a distraction from the ongoing push to fight police brutality.

Another aspect that Trump and his administration have been widely criticized for over the past several months is the response to the coronavirus. The United States is the worst-hit country for the pandemic, as over 100,000 people have died from it and over 2 million Americans are currently infected. Many have condemned him for his constant refusal to wear a face mask in public especially when social distancing rules are still in place. Now, seemingly backtracking, Trump has said he has no problem wearing face masks in public.

Speaking to Fox Business at the White House, Trump said that he still thinks wearing face masks are not necessary, but are still good at this time. When asked about whether or not he would wear a face mask now, Trump said that he would if he was less than 10 feet away from people, but that is usually not the case for him and that everyone around him has been tested.