Jungkook is totally absorbed in this new hobby that he's doing it every day!

‘The Curse of Oak Island’ season 8 spoilers: Here's what fans can expect when the show returns

Ellen DeGeneres accused of tormenting her house staff; Former employee claimed it was torture to work for the host 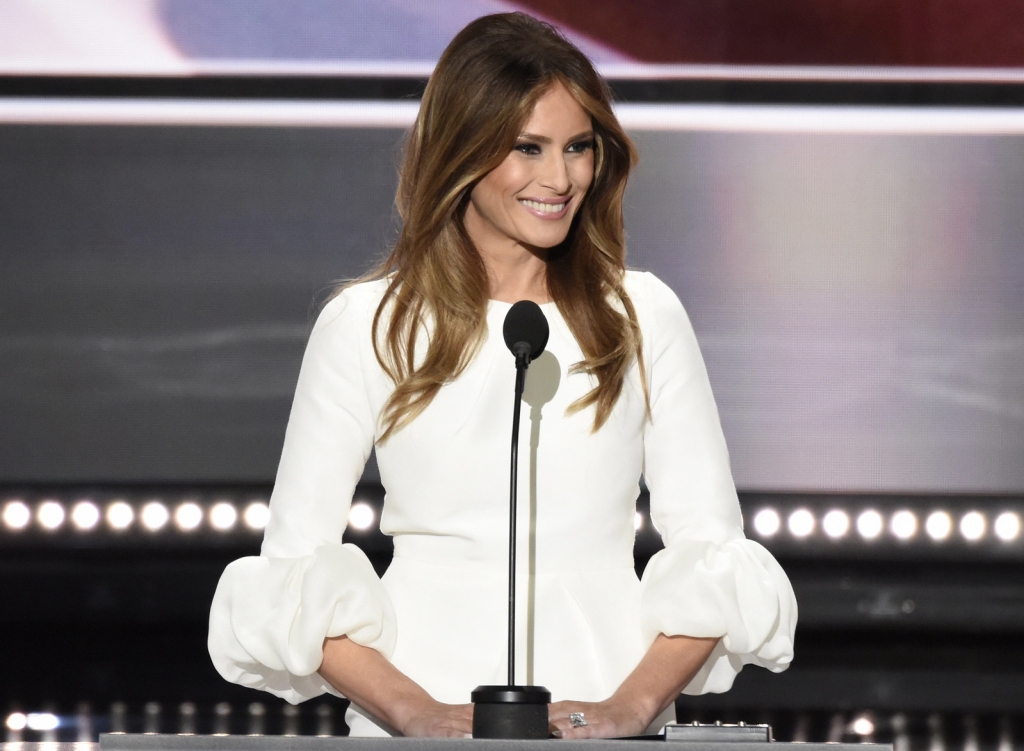 United States First Lady Melania Trump continues to wow with her model figure and her impeccable sense of fashion.

She flaunted her model figure despite recently just turning 50 years old via a white midi dress that looked sleek with a high neck and subtly trimmed in black at the neckline and waistband.

Not only did the dress flatter her slim figure but the sleeveless dress also flaunted her slender arms.

Lest you forget that before she became the First Lady Of The United States (FLOTUS) and the wife of Donald Trump, she was known as a fashion model walking down the runways in Milan and Paris before moving to New York City.

The mother of one has also graced the covers of Vanity Fair, Vogue and New York Magazine.

Perhaps her stint as a model and her good taste in fashion have helped Melania Trump in looking immaculate during public appearances.

While many appreciate her immaculate style, Melania Trump has also been criticized for her expensive choice of fashion.

In fact, the sleek white midi dress was from the pre-fall '19 collection of Brandon Maxwell and cost $1,900 (£1,500). Although, it was the second time that the public has seen her in that dress.

There was also that time she got criticized for wearing a Dolce & Gabbana jacket which reportedly cost a staggering $51,500. She wore it to the annual G7 Summit in Catania, Italy in 2017.

One other time saw Melania Trump wearing a Balmain shirt that cost $1,380 to the vegetable garden of Michelle Obama.

Considering how lavish and extravagant her wedding was to the President of the United States in 2005, it is not surprising that her taste is expensive.